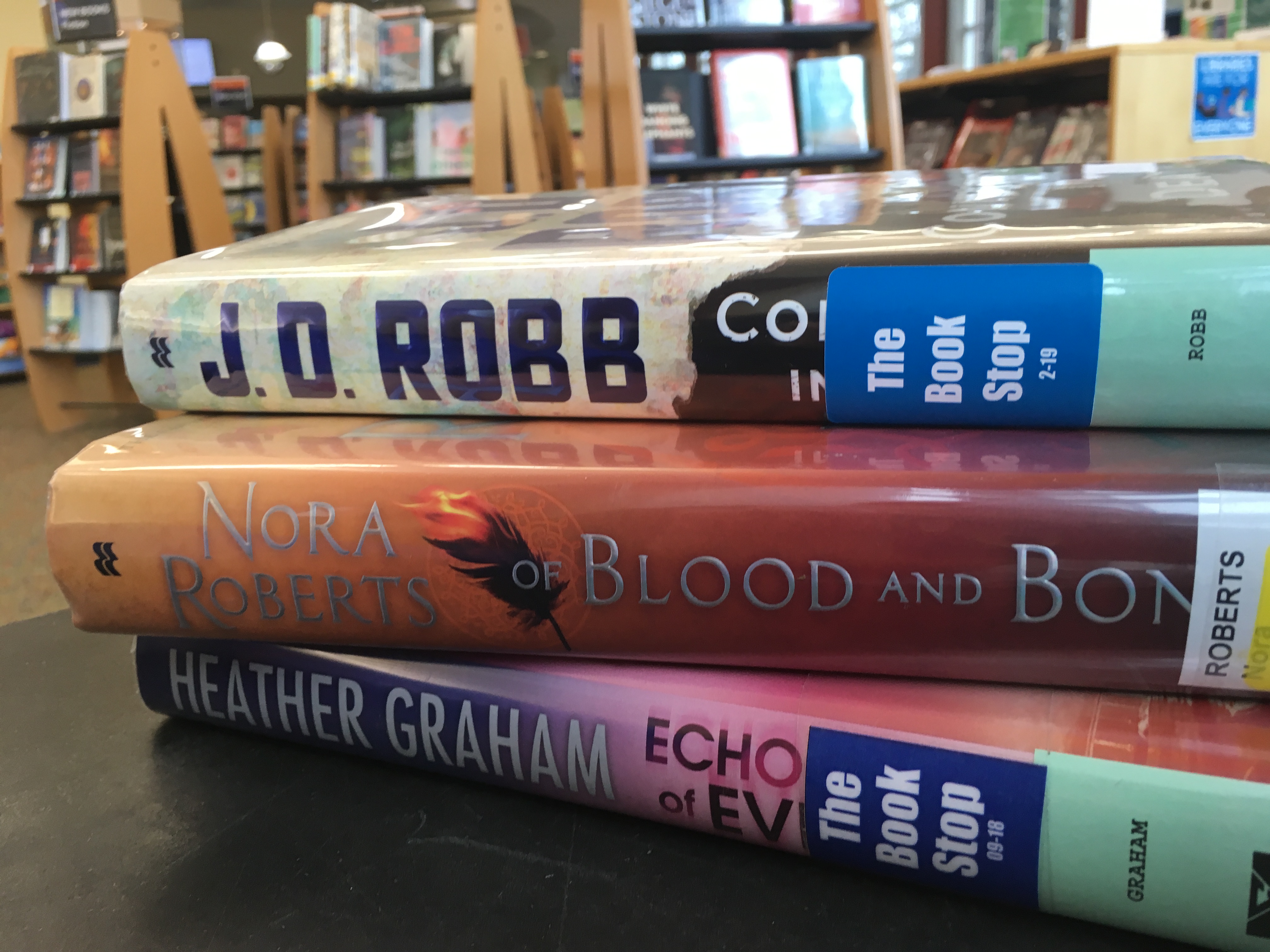 There is nothing quite as exciting to me as a new book. Sometimes, I wait months for a new release to become available at the library through the physical or digital waiting lists. But this morning I discovered the Mt. Lebanon Library’s Book Stop books.

These are new releases put out on Tuesday mornings that don’t require reservations, just good luck. The books in this section are checked out for one week at a time (renewable for up to three total weeks). The spines are still without cracks, the pages have that new-book smell; the Book Stop kiosk is a treasure chest.

The particular treasures that attracted my attention were two copies of J.D. Robb’s Connections in Death. I discovered them while walking to an open desk (where I hide from family and friends to focus on work), but I had to take a detour to determine if my eyes deceived me. This title had only been released to the public this morning. But sure enough, the books were indeed available to be taken home.

Further exploration yielded a new Heather Graham and the most recent release by Robb’s alter ego, Nora Roberts. Both novels are books that I’m on waiting lists for somewhere in the digital abyss.

With the discovery of these titles, I am unlikely to be getting much done at home over the next several evenings because I will be sunk deeply in the worlds crafted by the authors. And I can also predict that I will haunt the library’s Book Stop as often as possible on future Tuesday mornings. Perhaps I’ll see you there.