I have always loved Christmas, but admittedly I wasn’t really a part of it all. I was raised in a Hindu household. For a time, when we were school-aged kids, we had a tree. But, our tree sported an Om at the top and ornaments made of various paper mache Hindu gods and goddesses that were wired to the branches. Christmas usually meant a Chinese dinner followed by a night at the movies. I believe my Jewish friends can relate.

I married into a family of Christmas enthusiasts. Greg’s family does this holiday up in grand fashion. Recipes are replicated year after year, generation after generation. It has been such fun getting involved in cookie decorating, candlelight Christmas Eves, a TRUE belief in Santa and holiday feasts with all the trimmings instead of chow mien. But, one thing I could never quite internalize fully was the Christmas gifting. This is not to say that there isn’t a great amount of gifting in my family’s background. But, we tended towards the practical. My mom really was thrilled with a blender. And hours spent frenetically shopping to the tune of piped carols—let’s just say it isn’t my strength. I found that the gifts I came up with just missed the mark a little.

A solution to my gift giving conundrum came from Peter Leo, a beloved Post-Gazette columnist. About 15 years ago, he offered his family’s solution. Instead of exchanging socks or sweaters, their family had been sharing stories with one another for a decade or so. This idea was a revelation.

From that year on for about 10 years, we followed suit. That first year, I proposed the idea to all of our family emphasizing that nothing elaborate or lengthy was required. I just asked everyone to jot down a memory to share with us all. I gave them all a deadline and we got nearly everyone involved. At Christmas, we each had a collection of stories and drawings to give to one another. 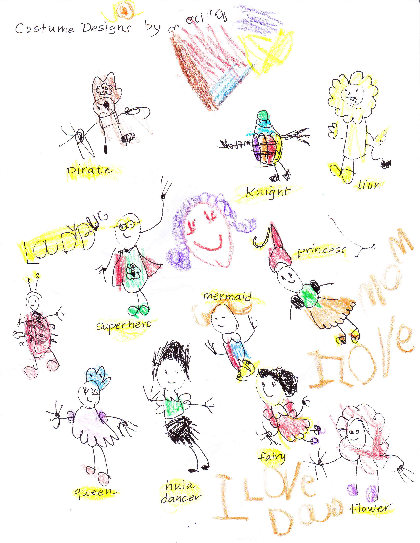 Sometimes it would be a picture drawn by a younger child; sometimes a funny recollection of youthful indiscretions. My favorite part of this project was getting a new insight into my parents and in-laws. They offered stories of their childhood in India, what it was like in the early days of their arranged marriage, stories about life in a depression-era, rural town in Illinois growing up without much material wealth but rich with family and love, and stories about going off to war. They gave us more in the writing of these tales than we had gotten over prior years at family gatherings. The writing project gave us all a chance to think about passing on a meaningful memory that we could share with each member of the family.

Ten years into the “Family Writing Project” I pulled it all together in a book through Lulu, an on-line publishing company. I could have been more creative with the title. 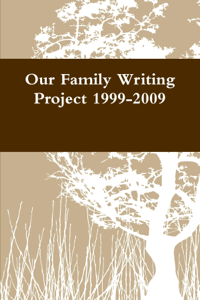 The problem now is that with the book in hand, many family members seemed to be worn thin and less willing to submit yearly works. So we are on hiatus and have moved to a white elephant gift exchange over the past few years. This too seems to elicit old memories and lots of ribbing (You actually wore that Daniel Boone jacket?). But, in a year or two I hope to revive the writing project and start working on the second book of collected works.

Give it a try. I don’t have the socks I’d received Christmases past, but I still thumb through our collective memories.

Greg ended up writing about the project in a Saturday Diary which I’ll point to if anyone would like more detail about our family’s essays.

And here is Peter’s original piece (couldn’t find the link):

Not to begin on a note of alarm, but Labor Day is only a week away, which means you’re behind on your Christmas preparations.

As always, I’m here to help. I have a suggestion that, unlike Christmas shopping, hardly costs anything, isn’t too painful and might prove rewarding to giver and receiver alike. It involves getting you and yours busy writing. Why the look of surprise? I am, after all, the writing coach.

Two years ago, I hit upon what I thought was a brilliant idea: a Leo family story project. This was my vision: Through the solitary, deliberate act of writing, we would get to know each other in a way that family gatherings rarely allow for. It would give our children a chance to learn something new about their parents, aunts, uncles and cousins. It would allow them to put themselves on the map as adults. It would give those who married into the family another way in.

This was my grand hope. At the very least, it might simply be fun.

Anyway, I wanted to be as inclusive as possible. There are five of us natural-born Leos, our mates and 11 children from age 8 to 37, plus the husbands of two nieces. Two generations, 23 people.

What I proposed seemed modest and doable: one page recounting a memory or family story. It could be funny, sad, matter-of-fact, all or none of the above. I primed the pump with my account of taking my little sister from our New Jersey home to New York City when I was 13, and getting lost.

I was exhilarated but nervous when the letters went out. I hadn’t discussed the idea with anyone. Like a host at party time, I wondered if anyone would show up.

To my relief, Dick, my sister Maryann’s husband, quickly broke the ice with sweet, funny first impressions of the Leos. My favorite was his first visit to his sweetheart’s parents. My mother rushed out to greet him, shouting “Roy!”

Wrong house? thought Dick. No. Wrong boyfriend. Roy was a predecessor. No matter. Dick quickly found his way of being in a family of unhandy wisecrackers: When in doubt, smile and carve the roast.

My wife Sylvia came through with a story from her Boston childhood about a pet squirrel that would signal to others that this wasn’t a Leo-centric project. She also described an episode of conflict with my father that ended in a surprising makeshift reconciliation. That one page of honesty and precision made me see my wife and dead father in a different way.

Maryann compiled four pages of rich childhood memories, for example, picking cattails in the swamps and “smoking” them, measuring her small hand against my father’s during the Sunday sermon, recalling the sibling alliances in the family fights.

Her daughters, Lisa and Kara, and my Jane wrote funny, affectionate stories about my mother, their proud, flamboyant grandmother. They captured the complexity of a person who remains something of a mystery to me.

Then there was Tom, an older brother, with his hilariously triumphant piece that moved slyly from boyhood days at the movies to his cinematic rendering of the night he met his love of 30 years.

Suddenly, the woeful stats — in the end only eight of 23 took part — didn’t seem important. I’d hardly ever talked to Tom about what it was like growing up gay in a Catholic household in the ’50s. This gave me an opening.

Everyone got copies of the submissions. Eight of us had given gifts beyond measure and received much more in return.

I managed to infect my wife’s side of the family with the same project. For two years, they’ve done stories instead of Christmas gifts, with almost total participation. On Christmas, we take turns reading aloud pieces from family members scattered around the country. It feels pretty good.

I wonder if you’d like to try it with your family. Get an early start. Let me know how it goes. Who knows, maybe Aunt Ethel would rather have a good story from you than a blender. Give ’em a deadline, but be flexible. A few of my people have yet to be heard from but my mailbox is always open.