In this season of gratitude, I have more than usual to be thankful for, especially my community bonds. Recently, my younger son and a friend were playing with a GoPro camera recording the flying pieces that result from shooting Lego men with an Airsoft gun. It was grand fun, until Nick took off his safety glasses and forgot to put them back on. The next shot ricocheted back into Nick’s sighting eye. He thought it was hilarious, a story for the middle school lunch table, until I suddenly realized his iris was filling with blood.

This is where the power of community begins. We called our eye doctor’s office and should have been asked to go Presbyterian Hospital where we knew no one, on a Friday night when we  were frightened and confused. But instead of the on-call doctor, the message was accidentally forwarded to a doctor in the practice who is a friend, Don Morris. Don’s Adam and our Dom were in the same classes growing up (they are both at universities now), and Don’s wife, Karen, and I served the PTA together for years. When we run across each other in Target, we stop and laugh for a few minutes. These are the kinds of bonds that build slowly over time, one strand at a time.

Don didn’t send us to Presby. He opened his office and began caring for Nick as if he was his own: first every 12 hours, then 24, now once a week, eventually once a year. His calm demeanor, humor and kindness took terror down to stress and made five days of worry manageable, until the eye healed enough to be less fragile.

On the morning after the accident, Nick was distressed that he was missing the school book fair, so I went to the event for him, exhausted and frazzled but glad to have something concrete to do. There I found Susan Anstandig, who is the Jefferson Middle School librarian, but also one of those people we’ve bonded with over time. Her Eli and Nick were tiny soccer players together in too-big MTL Recreation soccer T-shirts not so many years ago. She let me pour my broken heart out, so I wouldn’t pour it out where Nick could see me. She gave me sound advice about planning for his school needs. It was a first step toward figuring out what was next. Her advice and support bolstered me in part because I trusted the source, this neighbor I had known for 10 years or more.

The Brown family, whose son, Simon, had been with Nick the night before when he hurt himself, came to our house to help, making jokes and leaving Simon to keep Nick company while he convalesced. Tubbs family members Stacey and Laura dropped in to check on him. Kathy Jones who lives up our street listened to my worries, so I could go home calmer, and she offered to sit with Nick while my husband, Anthony, I went to work. Sharon Doherty, from neighboring Bethel Park, brought Nick food, kept him company and cleaned my kitchen of all things. You just don’t know how calming a clean kitchen can be in a crisis. The friendship of these people and the others who offered prayers and assistance is a tremendous gift. 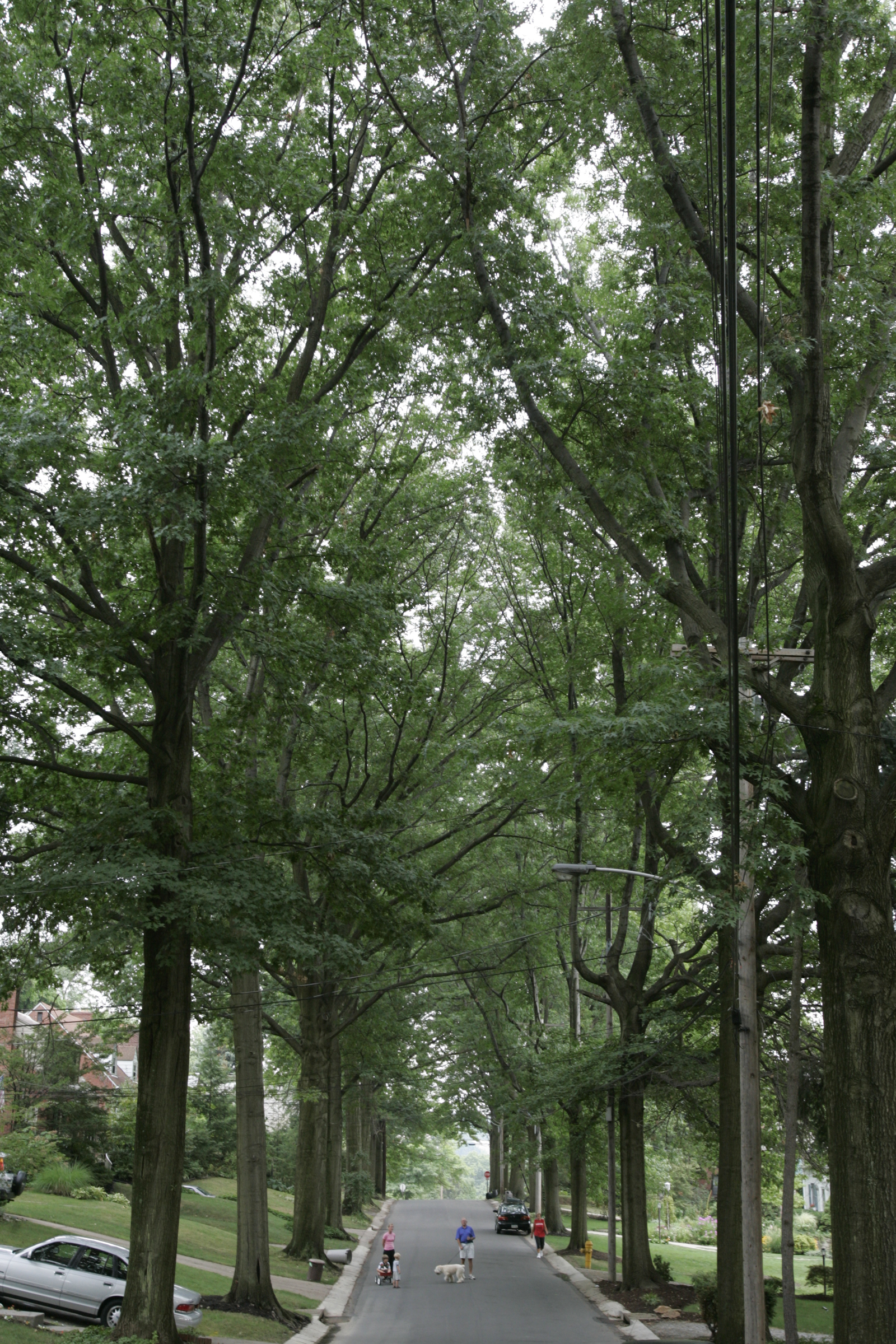 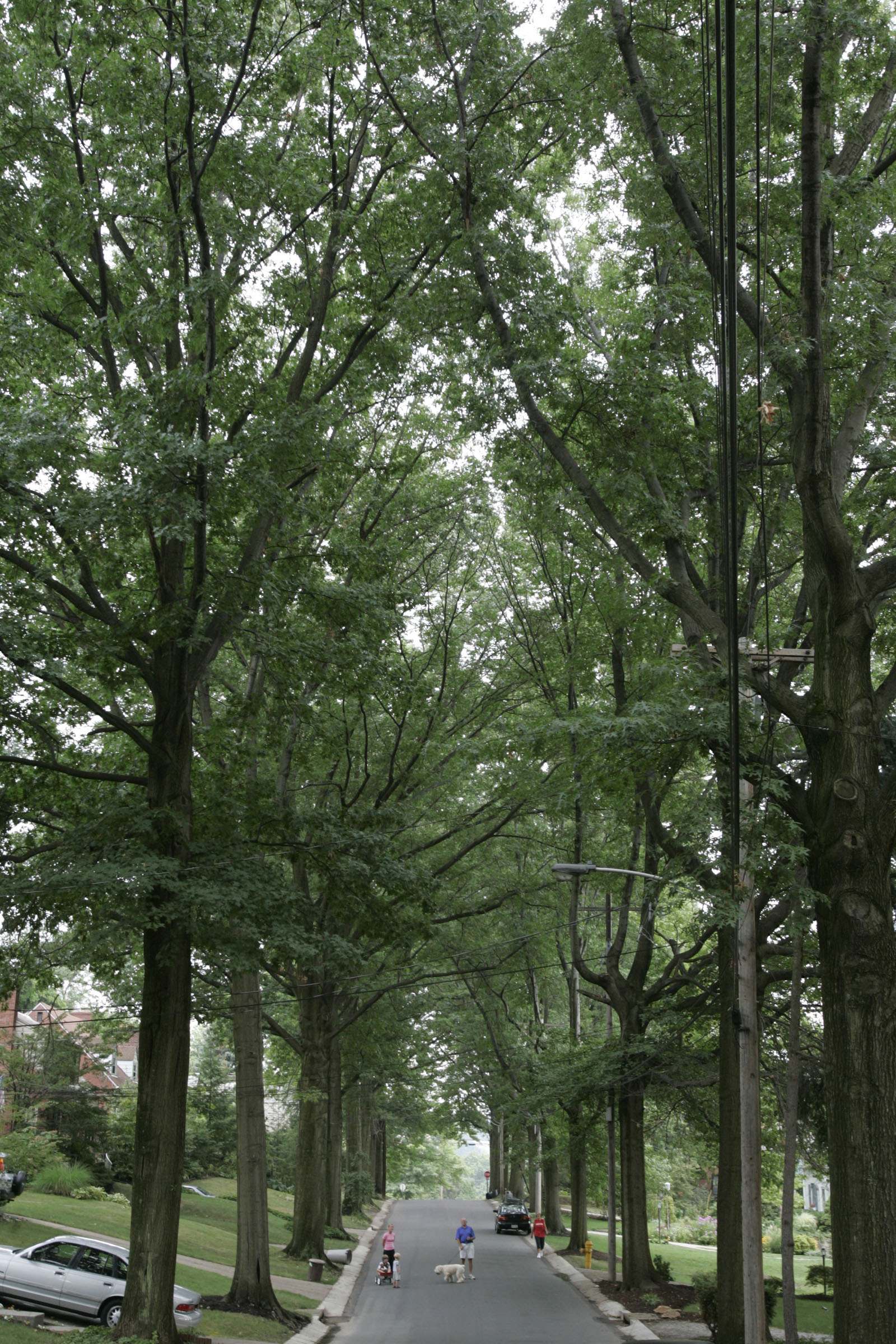 At the school, Jeff Zeiders, the dean of students, who has watched my kids grow up through MTL’s system has been a trusted guide. He’s an affable man, gentle and dependable. We’ve shared many a laugh and many a meeting over the years, each one strengthening a trusting relationship I viewed as dependable. But his responses to this situation wove addition strands into our community bonds that made them seem unbreakable as he expressed his own concerns for Nick’s safety and insisted that all plans remain fluid so that Nick can ask for adjustments that meet his own needs.

Others who we’ve known and counted friends, like Allison Levison, the guidance counselor who offered her space in the building as a refuge for Nick, joined the conversation to offer the strands they could contribute to weaving this community blanket of protection around Nick while he heals. And new strands are being added as we share this experience with Nick’s teacher Stephanie Ross.

My community is decked out for Christmas and Chanukah; it is full of bustle and lights, family gatherings and long lines. In the middle of all this, my community stopped to shelter my son with the bonds we’ve built casually over time, never thinking to test them in this way. These strands of connection were built over muddy ball fields and rainy school days, social gatherings and business meetings. What is important is that the bonds held.

I’m a pretty vocal cheerleader for my community. We’re transplants of 12 years, each of the four of us born in different states, none of us born in Pennsylvania. The community connections here are why I endlessly say I live in a wonderful place. This handful of square miles is special because of the people who choose to call it home.

I write this on the morning of day six: Nick’s first day returning to the normalcy of school. Nick still has a couple of cautious weeks ahead of him. But I feel no fear in sending him out where I can’t see him because all those people I’ve named and countless others we consider friends will be watching over him and protecting him as if he was their own.

I’ve often heard that it takes a friend to be a friend. But it also takes a culture of trust and openness that reaches past the individual’s needs with an emphasis on the value of we. We have that culture of friendship here, and we are blessed.