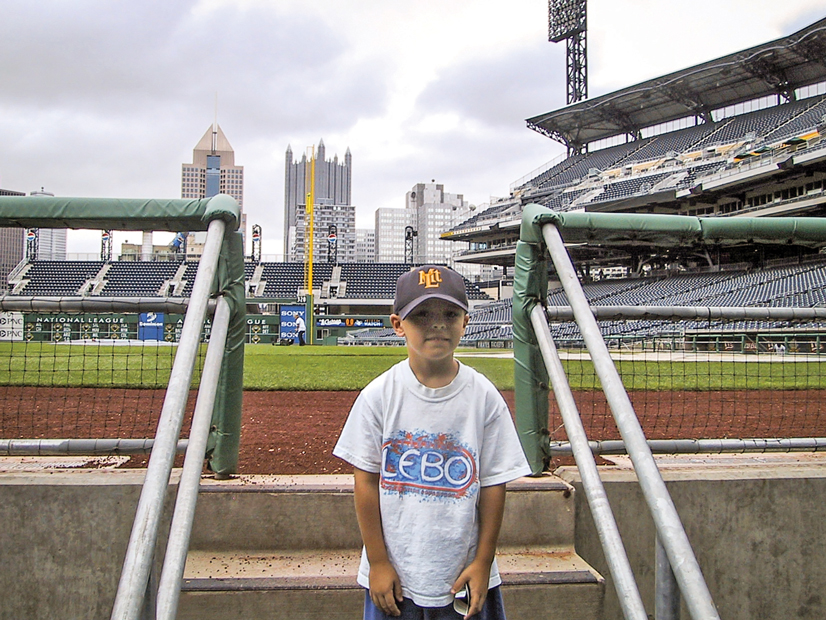 ho could have known back in the day that two little boys, teammates on a coach-pitch youth baseball team in Mt. Lebanon, would grow up to be major league players?

That’s what happened. A couple decades ago, Ian Happ and David Bednar got their start in the sport together, with Bednar’s father, Andy, serving as one of the coaches doing the pitching.

The two tykes even then envisioned their future playing at the highest level of baseball, right? Well…

“No, not at all,” Bednar, a Pittsburgh Pirates relief pitcher this season, said with a little laugh, although he did recall that his love of the sport was cemented in those early baseball endeavors. “When I stepped on the field, I just knew it was awesome.”

Hold on a minute. People here know all about Happ, a Chicago Cubs outfielder who graduated from Mt. Lebanon High School in 2012. Perhaps they noticed that the Pirates acquired Bednar, 26, from the San Diego Padres as part of the Joe Musgrove trade in the offseason. Maybe they saw his heavily chronicled PNC Park debut with the team he grew up watching, coming out of the bullpen to his Pittsburgh-centric chosen walk-in music, Styx’s Renegade, during the Pirates’ home opener.

But this was David Bednar of Mars, Pennsylvania, right?

Yes and no. Bednar graduated from Mars Area High School, coached there by his dad, and was drafted by the Padres out of Lafayette College in eastern Pennsylvania. There has been a lot of public love for Bednar from Mars residents.

It turns out Bednar has roots in Mt. Lebanon, too, from before he landed in Mars. In fact, he was born in Lebo.

“I’m a South Hills girl,” Bednar’s mother, Sue, said. “I thought we would be in Mt. Lebanon forever. And then my husband (Andy) had a career change. He was an environmental engineer and then went back to become a high school math teacher and a coach and got the job at Mars. He was doing that 50-minute commute every day for about six years. Finally, he was like, ‘OK, that’s enough of that.’ (Moving to Mars) made life a lot easier. And he really wanted to be able to teach and coach his own kids.”

The family moved to Mars in April of Bednar’s third-grade year. Before that, Andy coached and helped a lot around Mt. Lebanon with baseball clinics and camps. David also remembers going to Wildcat Field to watch Andy play in the Federation League.

Once when he was around 6, David and Andy were part of a special field trip that included a tour of PNC Park. David, in a Lebo T-shirt and Mt. Lebanon baseball cap, posed for a photo on the steps leading from the dugout to the field. The Pirates in April recreated that shot, with David standing in the same spot wearing a Pirates sweatshirt
and cap.

Bednar got to catch up a little with Happ when the Pirates had a couple early series against the Cubs, including for the home opener April 8.

“He and Ian were on their very first travel team together. They must have been about 7 or 8 or 9. It’s been really fun to watch Ian and David progress,” Sue Bednar said. “When we moved, they kind of lost touch a little bit, and then when the boys were in high school, Ian was a senior and David was a junior and they played on what was called the Allegheny Pirates, a fall travel team sponsored by the Pirates.”

Bednar was pretty young when he lived in Lebo, but he has those early baseball memories and a few others, such as the way this is a walking community.

“I went to Howe Elementary,” he said. “I remember being able to walk to school. That was pretty cool.”

“I can distinctly remember—and this still happens—where we will have a full weekend of baseball, softball all day long, and then we would come home and watch the Pirates,” said Sue Bednar, who joined lots of family and friends at that Pirates home opener to watch live as David pitched in relief for his hometown team.

Bednar played a limited amount for San Diego the past two seasons, 17 appearances combined, while breaking into the major leagues. As of the early part of this season, it looked as if the Pirates planned to use the right-hander regularly out of the bullpen.

While the folks from Mars, and really all of Pirates Nation, celebrate Bednar pitching for the home club, he hopes a lot of love comes from Lebo.

“For sure,” he said. “The whole entire Pittsburgh area has been nothing but supportive. It’s been awesome.”