I’ve been living in Mt. Lebanon just more than nine years, having moved here from Portland, OR, and before that, N.W. Washington, D.C. Both of my previous homes were in similar neighborhoods, older and not too far from the city center. So when I moved here, I was expecting the typical urban wildlife: squirrels, rats, raccoons, an occasional rabbit and maybe an infrequent opossum sighting. Although I have seen all those here, I was completely surprised by the breadth of wildlife in this area!

Shortly after moving in, we were greeted by small flock of Muscovy ducks. Obviously this population were the descendants of an introduced few, and it was clear they were used to people, not really wild but by no means tame, but definitely greedy. They would come meandering up the hill to our driveway and start barking at us for food, and a couple of times, just stand at our front door until we fed them! 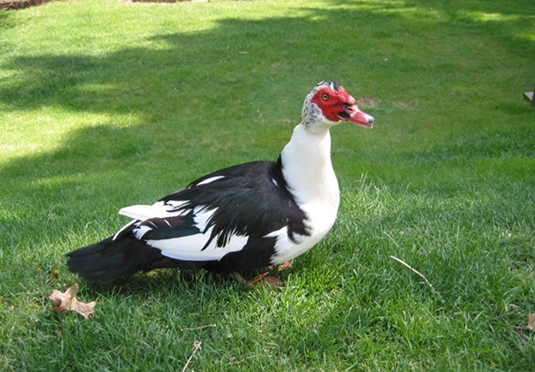 Every spring the flock would seem to get larger with the addition of a lot of chicks. 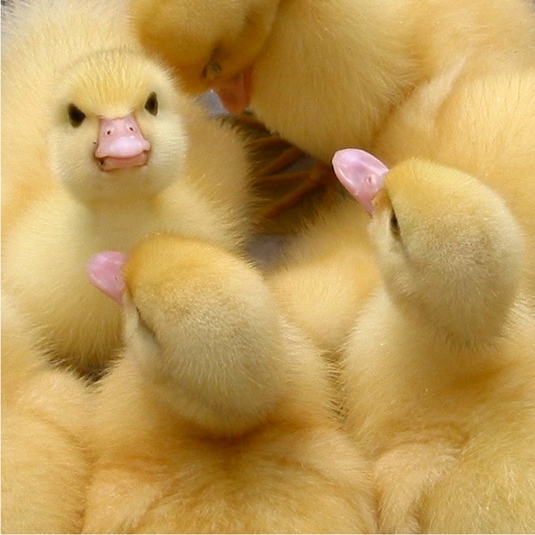 Occasionally we hear screech owls, but rarely see them. That changed in 2006 when we were fortunate enough to witness fledgling screech owls. Just after dusk on a June night they all came out and landed on our neighbor’s maple tree, eventually making their way over to the power lines and then scattered into the neighborhood. 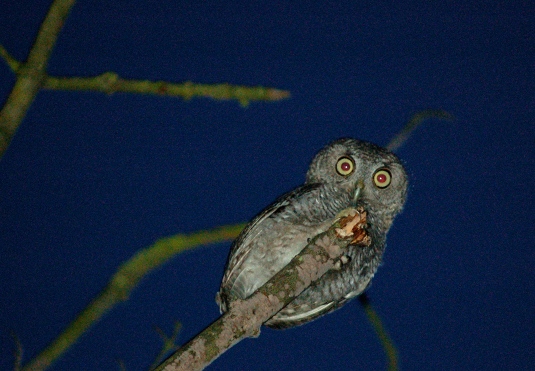 There seems to be at least one resident blue heron, which I first noticed when it’s pterodactyl like shadow surprised me while I was working in the yard. I later saw (perhaps the same) a blue heron perched on top of a house on Cochran. 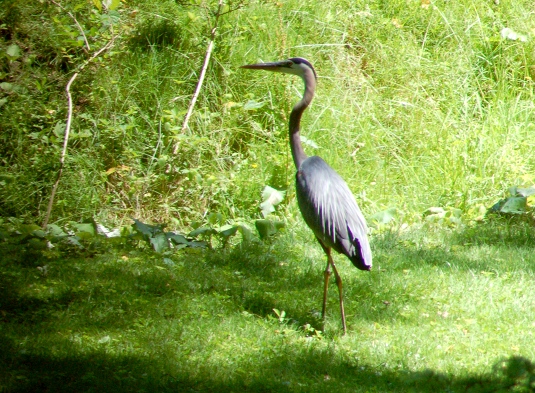 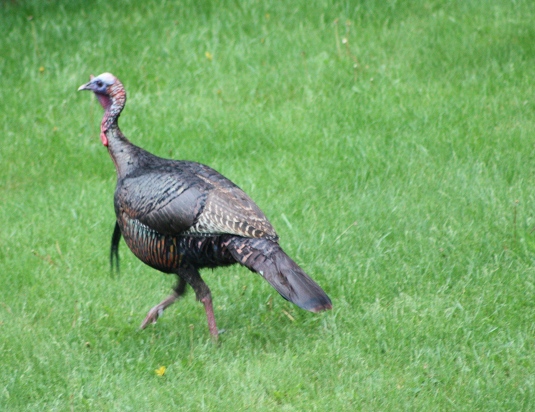 Shy and elusive, there are at least two foxes, which I was fortunate enough to catch a glimpse of (and photograph) on a January morning in 2011. I haven’t seen them since, but know others who have. 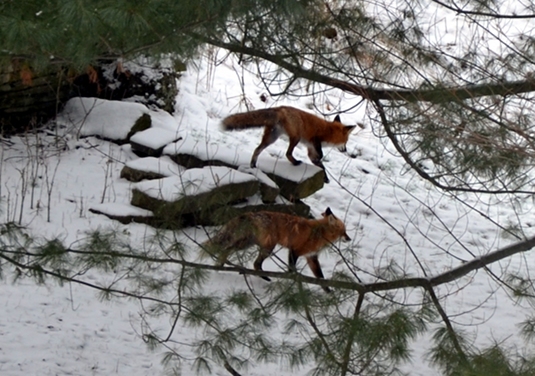 I’ve also heard of a couple coyote sightings, but have not seen any. Last summer I heard of a bear robbing bird feeders near Bridgeville, but haven’t had a sighting here yet.

Hawks are also common in my backyard 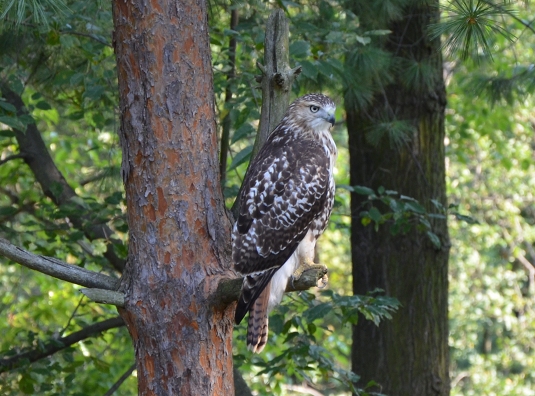 And as a bird watcher, we couldn’t be more thrilled with the variety of birds that visit throughout the year. 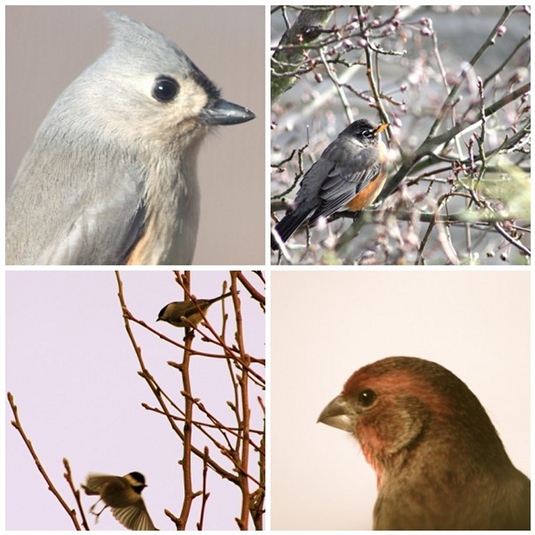 Finally, here is the groundhog with superpowers that managed to gnaw through a layer of concrete and fencing to burrow under my deck. We are not on speaking terms. 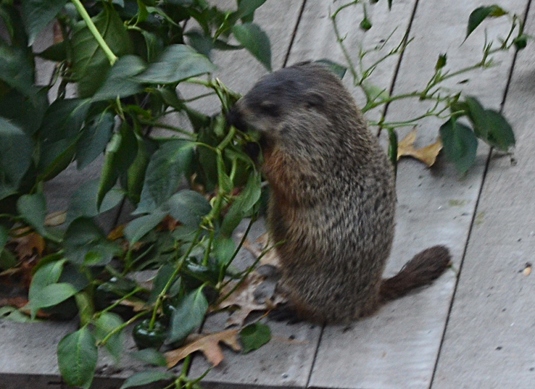