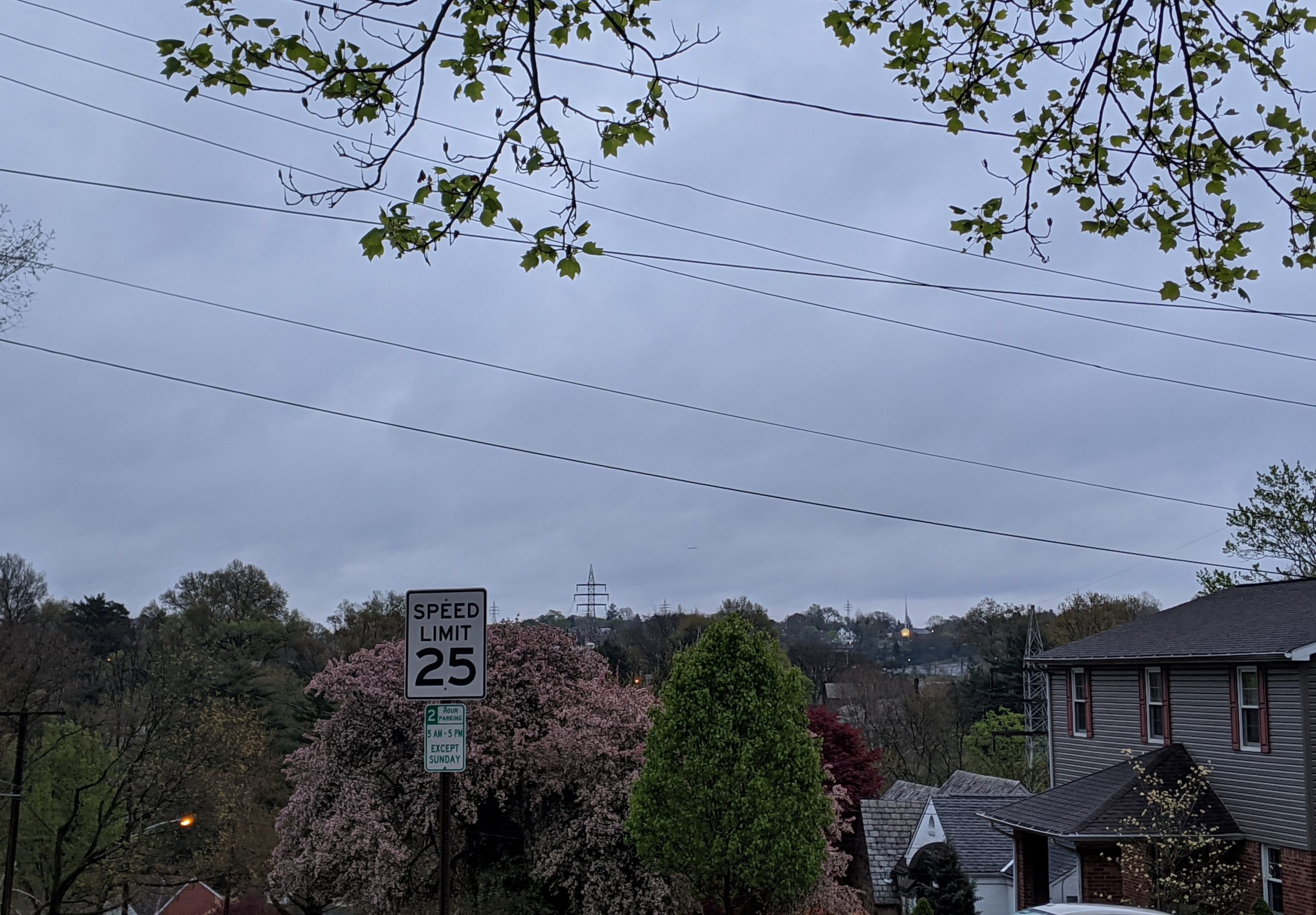 When my teenager thumped around in the hallway at 5 a.m. before going back to bed, I tried to be charitable and look at it as an opportunity to see the sunrise.

I dressed in warm clothes, I grabbed an old crowbar of a blanket, I drug on a soft cap and began scouting my neighborhood for a likely spot.

This requires a bit of brass in suburbia because it means embracing the label “That crazy woman from Syvandell who wanders around with a blanket” or a cold, damp bum. I chose the nutty reputation.

I’m determined to get outside because there is rain coming for days. And I’m battening down the hatches for a week of Corona-style inside. This is a bit of a challenge, so I’m stockpiling outside minutes when possible to bank the happiness.

Walking toward Bower Hill Road, I was surprised that I could still hear the freeway traffic buzzing in the distance, and I was humbled by the number of neighbors passing me by in cars and on buses, wearing their masks and going somewhere essential to a job they can’t do by phone and computer.

But the neighborhood bird population was determined to be louder than the traffic, calling to each other in rhythmic patterns and tones to give my morning background music.

After several attempts to locate an optimum viewing location, I settled on the spot I knew from the start was likely best: the sidewalk at the corner of Firwood and Larchdale, which looks over the high school to the east and Hoover School to the west.

But despite my careful planning, the cloud cover blocked any view of the sun at all. Rather, there was a leavening of the gray skies that warmed around me like a slow awakening.

So I sat and looked at the spring trees blooming and listened to the beautiful wind chimes at the house on the northeast corner (which I’ve never heard before, though I’ve walked there hundreds of times). Then, I focused on the fact that I logged nearly 3,000 steps before breakfast.

How very like this interrupted spring was my morning? I made plans, then second plans, then accepted an alternative that was less than I hoped.

In recent weeks, I’ve seen dozens of neighbors out walking with their families and pets, waving at each other and even introducing themselves from an appropriate social distance. I’ve been warmed by the number of teddy bears in windows that give our littlest neighbors a sign they are loved, even if they are not known. I’ve laughed as middle-aged women braved the new frontier of Zoom, Facebook video chat and Google Hangout to maintain weekly traditions or to reach out to old friends.

Someone recently used the term quaranteam to describe the people who we’re going through this with, and I really feel my whole neighborhood has been that team, leaving needed items and baked goods on each other’s porches.

Thank you for all of that: for checking with each other before you brave the grocery store and sharing tips on toilet paper sightings.

There’s no one I’d rather have on my team than all of you.