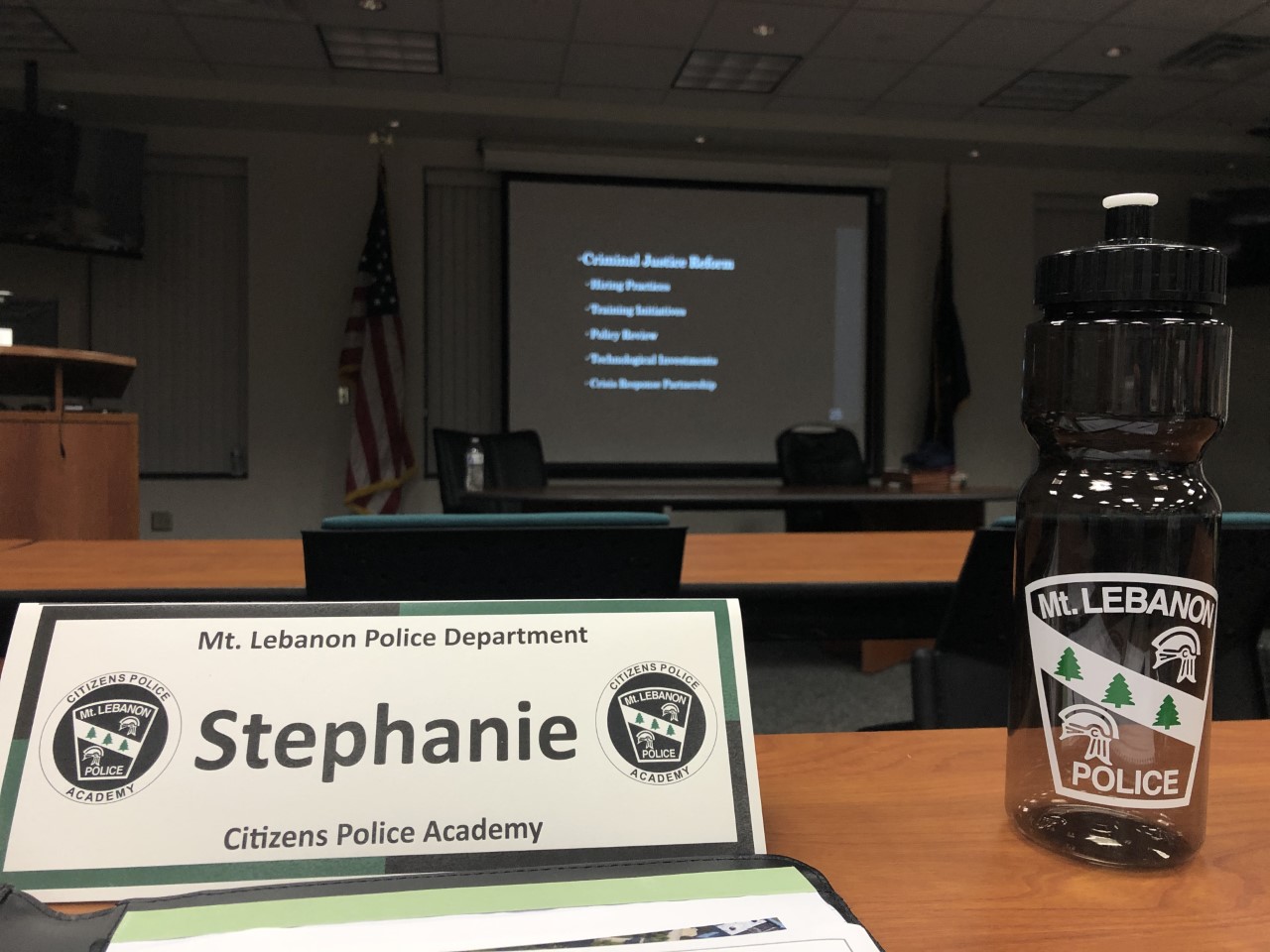 When I signed up for Mt. Lebanon Police Department’s Citizens Police Academy, my boyfriend jokingly commented, “You better not become a police officer after this!”

So, of course I laughed inside when what it takes to become a Mt. Lebanon police officer was a major topic during the academy’s first class. But I quickly realized that they weren’t trying to convince us to join the force. Instead, they were sharing the process so we, as residents, would understand.

In all honesty, I thought that I knew a lot about what it took to become a police officer and the work they did on a daily basis. After all, I have worked as a journalist who has talked with police on a regular basis for nearly a decade.

In class, I joined 16 other Mt. Lebanon residents who come from all different backgrounds. As they asked questions and police Chief Aaron Lauth explained the reasons why things are done the way they are, I began to realize that I, too, have a lot to learn about our local officers.

I think that was the biggest thing that I took away from the first class: No matter how much you think you know about a person, group or organization, it’s important to listen and ask questions to hear things from their perspective. Because, what you thought you knew about someone or something, might not be the case at all.

I learned a lot about how our police department operates in just that first class. But more importantly, I learned why they do things the way they do them. I learned from the questions asked and the answers given that it’s important to have dialogue about important issues. We can all learn from each other.

Here are a few other things I took away: 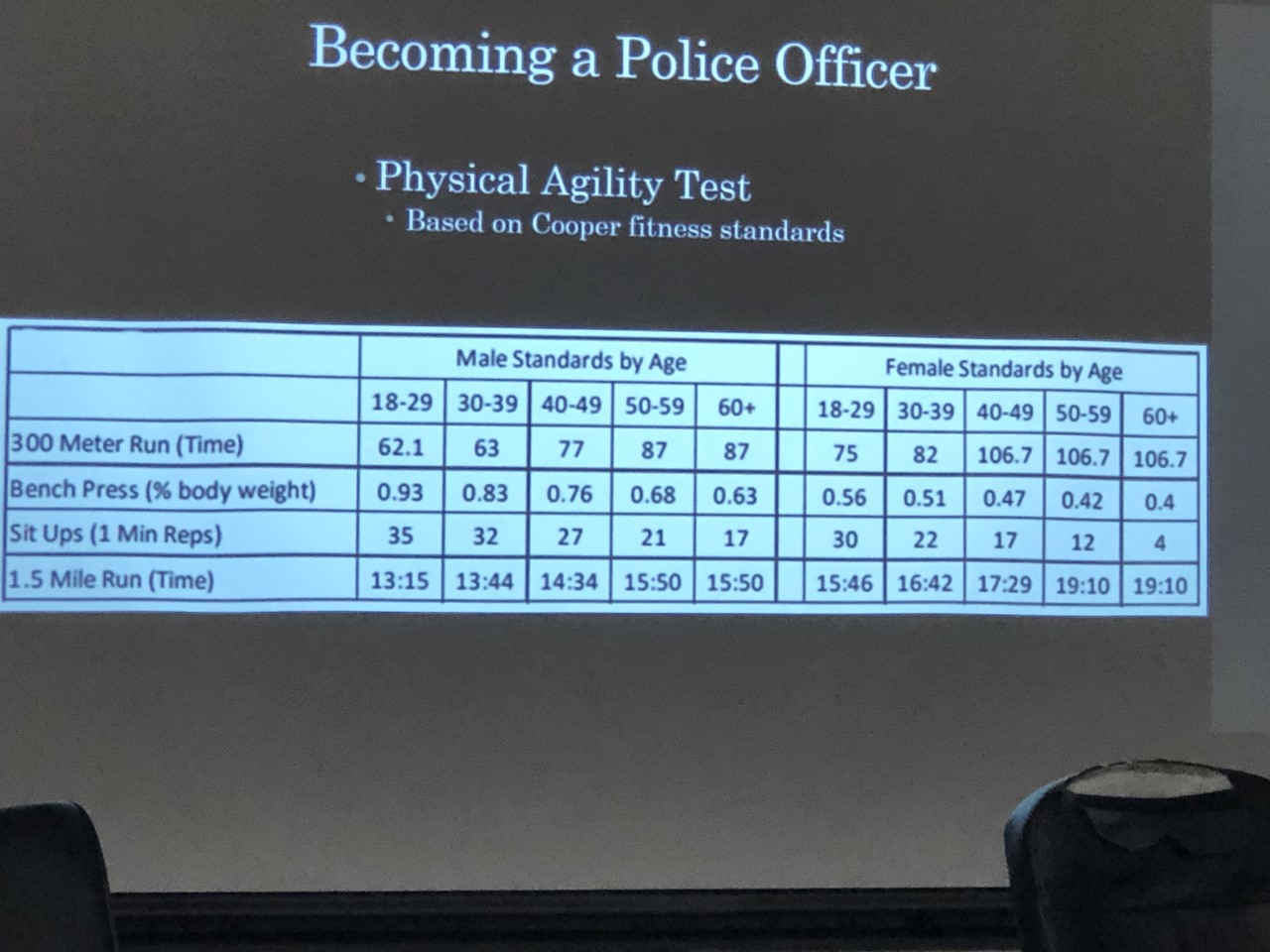 >Becoming a police officer isn’t a walk in the park. Anyone interested in becoming a Mt. Lebanon officer must be a U.S. citizen, at least 21 years old, have a bachelor’s degree and a valid driver’s license, and pass a comprehensive background check. Oh, and did I mention the physical agility test you have to pass? Sit ups and bench presses and a 1.5 mile run. (OK, that one I could do!) Mt. Lebanon doesn’t require prospective candidates to have already completed the police academy and have Act 120 certification (which is required to be a sworn police officer in Pennsylvania). Instead, the department will put candidates through the six-month police academy, which results in Act 120 certification. Officers who make it to the other side go through a field training program for three to four months. They then enter a one-year probationary period before becoming a full fledged officer.

>Being a police officer is hard work, too. The job has physical aspect (see the prerequisites above), mental aspects (learning and remember policies and procedures and following them) and social aspects (dealing with people.)

>The Mt. Lebanon Police Department, with 46 sworn officers and 83 civilian employees (including crossing guards), strives to be proactive. That’s their mission. A big part of their goal is prevention. They also strive to be ahead of the curve, work to problem solve and collaborate with the community to keep residents safe.

>Each member of the police force serves a purpose. Whether it’s one of the eight lieutenants who serve as shift supervisors or a patrol officer assigned to cover a specific part of the municipality, each has their own set of tasks to make sure the department runs smoothly on each shift. The department includes specialized units that focus on areas like community outreach and traffic safety. And they work together with neighboring departments through mutual aid to handle calls.

>Training is a large part of the job. Recent training has included de-escalation, implicit bias, cultural diversity and use of force. The department’s policies also are constantly being reviewed (they recently underwent a complete review) to ensure they are following best practices. 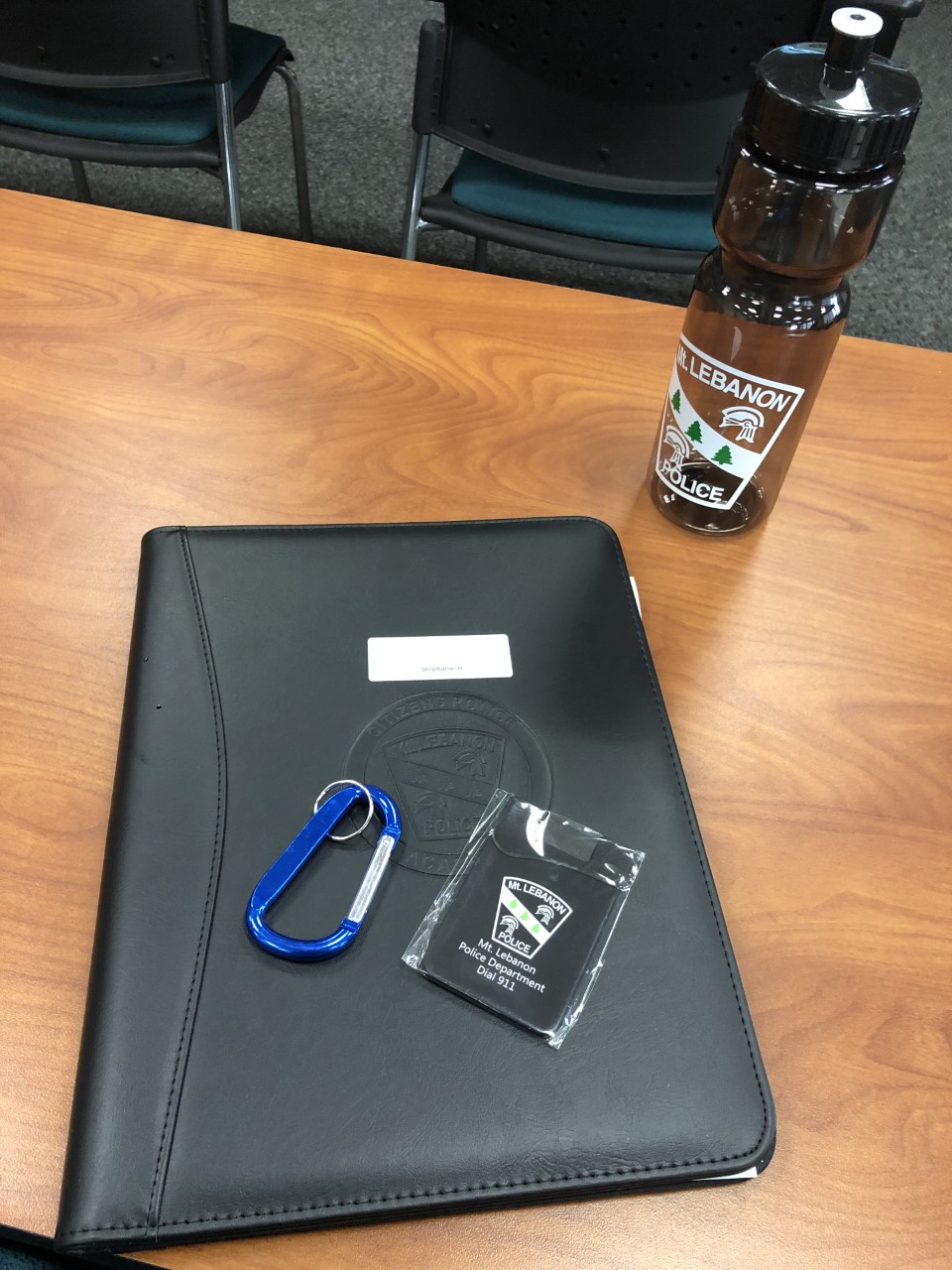 >Lauth explained that the department is always working to find new ways to get more candidates to apply—particularly diverse candidates. They work with the municipality’s human resources department and public information office to get the word out, they attend fairs and they have even lowered the application cost to ensure more people have the opportunity to apply.

>The number one complaint that Mt. Lebanon police receive is … Traffic related issues. So, here’s your reminder to Look up Lebo! And make sure you’re stopping for pedestrians crossing the street.

Next week, we’ll be learning about patrol operations, crime prevention and the ALiCE Program from the Crime Prevention Unit, bike patrol from Lieutenant Scott Green and Officer Justin Lataille, and we’ll receive an introduction to the criminal justice system from retired police officer and former magistrate Blaise Larotonda.