Wildcat and Middle fields are now in play after a $1.1 million facelift that included artificial turf, drinking fountains and a stormwater filtration system. The artificial surface will extend the playability of the fields, allowing them to be used following wet weather that would leave grass fields too muddy for use. Read more about the fields and guidelines for use.

After two years of deliberation, Mt. Lebanon Commissioners voted 4-1 in July to move forward with plans for an archery hunt to cull deer this fall. The plan is the first step toward the Commission’s goal of decreasing deer-vehicular collisions, which have increased as a percentage of total vehicular accidents from 7 percent in 2012 to 9 percent in 2014.

The meeting was the first since a 4 ½ hour work session on deer held June 22, at which experts discussed with the commission the pros and cons of various deer management strategies. No public comment was permitted at that meeting.

Held at Mt. Lebanon High School Fine Arts Theatre, the July 14 commission meeting attracted a crowd of about 75 residents. Some spoke against any sort of lethal management, while others encouraged the commission to move forward with a program that is expected to be much more successful than last year’s, when Mt. Lebanon was unable to conduct an archery hunt in the fall and then removed only six deer in early spring in an unsuccessful capture and euthanize program. 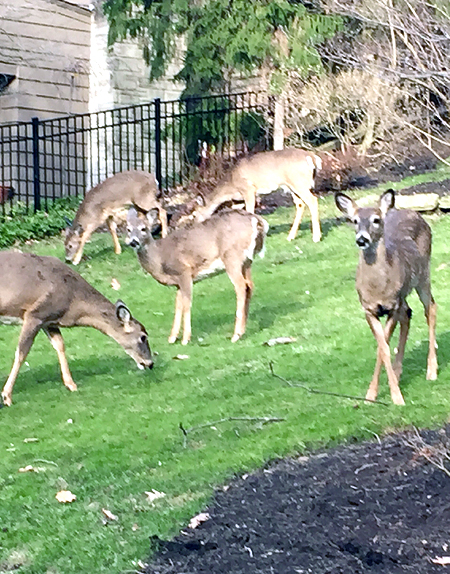 For a fee of $15,460, Anthony DeNicola and Jody Maddock of the wildlife management firm White Buffalo Inc., were hired to screen, train and manage five to seven bow hunters who could show experience by harvest verification and have a bow hunter verification certificate. Mt. Lebanon will not need a special permit for this portion of its deer management plan; the archers will follow all Pennsylvania Game Commission rules and protocols.

Residents interested in donating their time or properties to the program worked directly with White Buffalo, which conducted two informational sessions for these residents.

Other options the commission has discussed remain on the table for further evaluation. One is sterilization, which costs $1,000 per deer, takes a number of years to work and currently is recommended for use only in combination with culling. The other is sharpshooting, which Mt. Lebanon used successfully in 2007 and 2008 in cooperation with the United States Department of Agriculture. Experts were scheduled to speak about both sharpshooting and sterilization at the August 11 commission meeting.

Commissioner Kelly Fraasch, who has supported non-lethal methods throughout the debate, was the only commissioner to vote against the archery program. She also said that she has come to believe that sharpshooting would be safer than hunting with bows and arrows.

Municipal Planner Keith McGill was responsible for coordinating the June 22 deer management workshop program. As McGill pointed out, Mt. Lebanon had done extensive research, provided multiple educational opportunities for the public, including providing training on deer-resistant gardening, and has installed Deer Crossing signs at intersections that are known to be problematic.

Read an overview of the history of the deer management effort and other informative brochures, PowerPoint presentations and meeting notes.

SAFETY REQUEST A visually impaired man who enjoys walking our neighborhoods points out that overgrown bushes or tree limbs that extend onto the pavement make walking dangerous. Another safety issue, he notes, especially at night, is cars parked at the ends of driveways and extending onto the sidewalk. Please make sure that your shrubs/trees do not impede pedestrians or make it difficult for drivers exiting your street to see oncoming traffic. And be courteous—park your car in your driveway, not on the sidewalk or the tree lawn. If you see dangerous overgrowth of a municipal tree or shrub, please make a request for service at www.mylebo.mtlebanon.org.

SCOUTING FOR NEW RECRUITS Cub Scout leaders will be at the Bird Park Pavilion from 6 to 8 p.m., on Monday, September 21, to talk about scouting and register new scouts. Whether you’re camping, hiking, making or building stuff or doing community service, scouting fosters self-esteem, a sense of value and belonging, a sense of accountability, and teamwork. There will also be opportunities to join the Cub Scout program at various meeting locations identified on the Scouting Mt. Lebanon webpage. 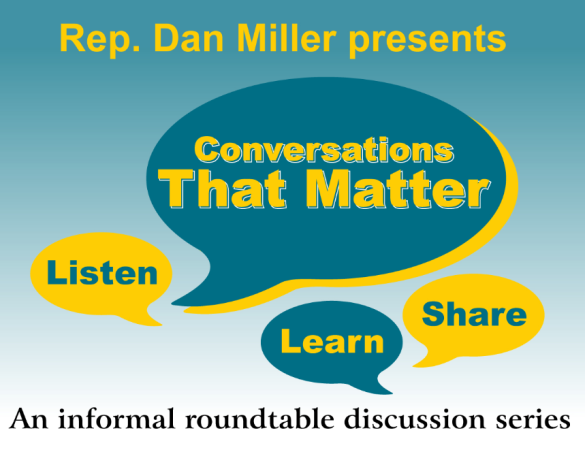 WHAT’S IN YOUR FOOD? “Conversations That Matter,” state Rep. Dan Miller’s ongoing discussion series, focuses on food at 7 p.m., on Wednesday, September 16, in the Mt. Lebanon Municipal Building, 710 Washington Road. Topics include food allergens, whether labels provide enough information, genetically modified foods, the difference between organic and non-organic food options, and the merits of gluten-free and other diets.

MEALS ON WHEELS DRIVERS Bethel St. Clair Meals on Wheels is looking for drivers to be able to expand its services to Mt. Lebanon. Bethel St. Clair is an independent Meals on Wheels provider with food made fresh daily at Bethel Presbyterian Church. Meals are delivered Monday, Wednesday, Thursday and Friday. A driver typically visits 15 people per route. If you can help promote good health and independence among senior citizens and people with disabilities, please call Dorothy, the manager, prior to 11 a.m. at the kitchen, 412-835-1039.