“I can see it!” a boy shouted as the vibrating thud of Allegheny Health Network’s LifeFlight grew louder and louder. The wind picked up and dust began to swirl, and the helicopter made its entrance at Mt. Lebanon’s Public Safety Camp.

Youngsters—once given the OK—raced to the side of the aircraft to get a glimpse inside.

Thirty-six children, ages nine to 12 years old, learned all about LifeFlight’s life saving operations. During the weeklong camp, held August 9 to 13 and hosted by the Mt. Lebanon police and fire departments and Medical Rescue Team South Authority, the kids received an in-depth look at Mt. Lebanon’s public safety operations, along with those of the Allegheny County Police Bomb Squad and LifeFlight. They also took a tour of the Allegheny County Airport Authority’s Fire-Rescue facilities. Oh, and they got to take a dip in a foam pit made of soap and water sprayed from a fire engine.

“This is one of the best things that we do, in my opinion,” police Chief Aaron Lauth said. “It’s evident every year. It’s completely full and it fills up quickly. It’s an awesome opportunity to be able to work together with the fire department and Medical Rescue Team South. We’re sharing a little bit of what we do and building those relationships with the kids in the community, which is obviously important.”

Throughout the camp, which the Mt. Lebanon Recreation Department helps organize, kids are exposed to a behind the scenes look at public safety—and loads of fun. They got to look inside all of the big, cool, shiny vehicles, watch a police K-9 demonstration, learn CPR and pool safety. On Friday, they’re set to learn bike safety and witness a DUI mock crash. Through all of this, they’ll learn the importance of each public safety department and how they work together when responding to an emergency.

“There’s an emphasis on teamwork,” said police Cpl. Jeff Kite, who serves as the supervisor for the department’s community outreach unit. “That’s how we work on an everyday basis—together.”

Mt. Lebanon Public Safety camp has been around for nearly a decade. It’s a great way for public safety personnel to form connections with Lebo’s youth. 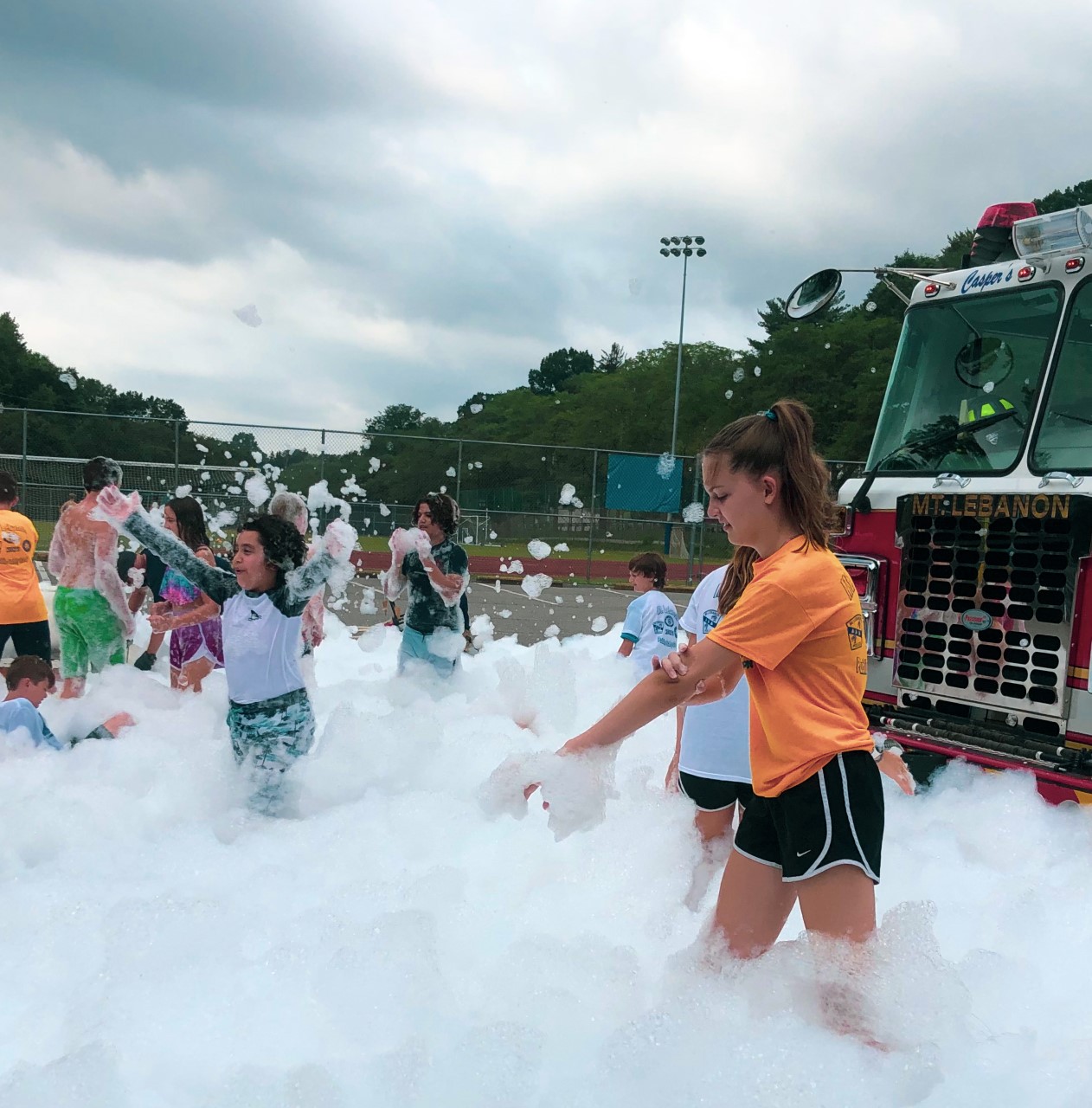 “One of the biggest importances of this is that it builds a good relationship with the children in the community right off the bat, instead of most of the time when they see emergency responders only on the worst day of their lives,” said fire department Lt. Chris Meyers, a member of the community outreach platoon. Here, they can try to make those introductions fun.

“We get to meet the kids. They get to know us on a personal level. We’re not just in a car, in a uniform, driving around town,” Kite said.

For members of Mt. Lebanon Public Safety, this also gives them the chance to share the love they have for their profession.

“You can tell how proud they are to share what we do and to be able to help the community, to share that on a more in depth level,” Lauth said.

Lucas Dewit, a volunteer firefighter, has always had an interest in public safety. As a kid, one of his first birthday parties was held at the Mt. Lebanon fire station. He even became an honorary member of the department at 10 years old and officially joined as a volunteer at 18.

He also was a participant in the camp during its early years. 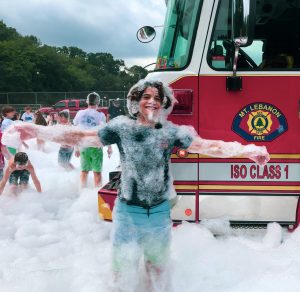 “When they started doing this, I was one of the first people to sign up for it,” he said. “I couldn’t wait.”

Dewit remembers all of the fun that he had at the camp. Now, it’s fun to be a part of that excitement from the other side.

“The kids get to know the people a lot better. They get to see what we do on a daily basis,” he said. “It’s something that a lot of kids will never get to do (outside of this). It’s a great experience and a lot of fun.”

MRTSA Chief Josh Worth said he sees the camp as a great way to introduce kids to public safety professions. Maybe, some of them will fall in love with public safety and make a career out of it when they grow up.

“As we face a recruiting crisis and a staff crisis in EMS, getting kids interested in fire, police and EMS and giving them a good view of it is so important,” Worth said.

“Knowing CPR and Stop the Bleed can save a life. We know that,” Worth said. “So, whether they go into this profession or not, they could be walking on the track or at the pool and be able to save a life because of this.”

The hope also is to show the youth that these are real people behind the uniforms.

“We want them to trust us and know that when we show up that we’re there to make them feel better,” said MRTSA Lt. David Terkel.

If you’re an adult, thinking “I wish I could do that,” don’t worry! There are programs for you, too. You can sign up for one or both of the programs below. (Don’t worry, they’re scheduled on separate nights!)

The Citizens Fire Academy is accepting applications for its 2021 program, running from September 15 to November 12. The program is held mostly on Wednesday evenings. Learn more or sign-up here!

The Citizens Police Academy also is accepting applications for its program on Tuesday evenings from September 14 to November 16. Sign-up for the police academy here!