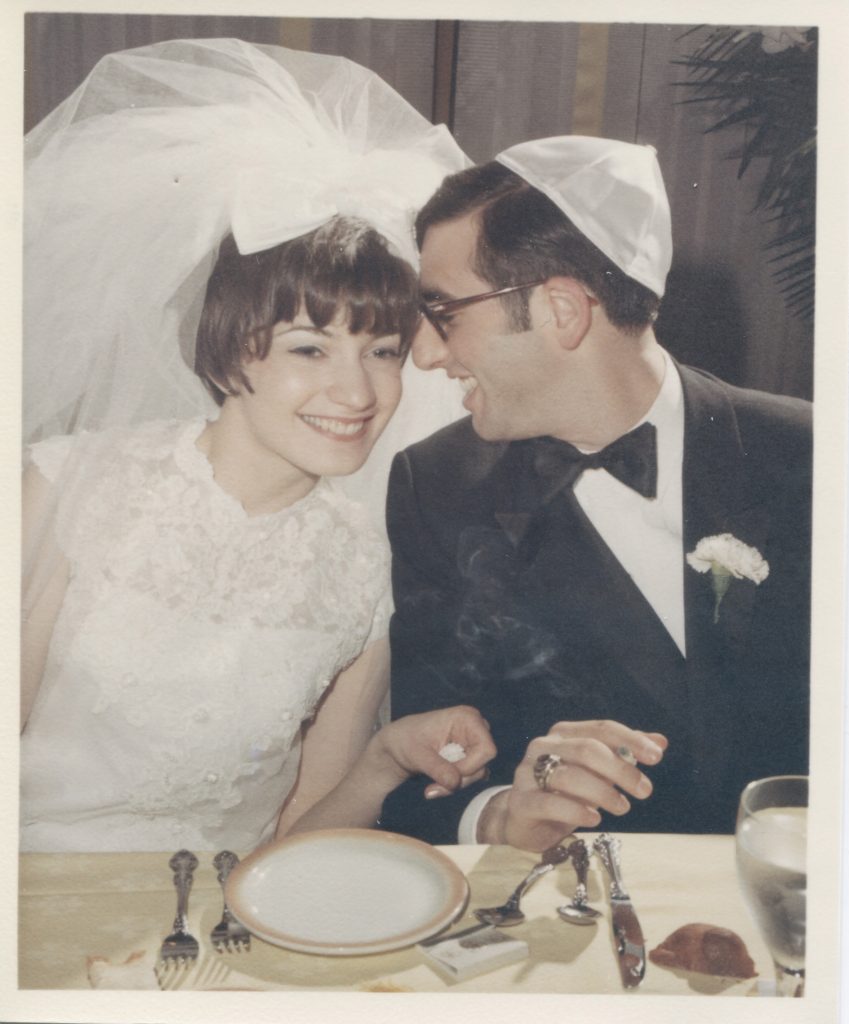 She was 15 and he was 17 when they met in high school in Buffalo, New York. Other than a 10-month break a year or year and a half into the relationship, they’ve been together ever since. They’re now 71 and 73 years old.

This is a good thing, since I wouldn’t be here if not for them.

Last month, my parents, Betsy and Bruce, celebrated their 50th wedding anniversary. This is an unusual achievement these days, particularly since they started dating in high school.

They’ve experienced more than their share of extreme ups and downs over the years. They had two daughters born with profound hearing loss and opted to take the hard road of raising us to lip read and speak, putting in years of dedication and sacrifice to ensure that we could function independently.

There were some difficult years when my sister Dena was in middle school but they paled in comparison to the roller coaster we were on several years later when her mental illness manifested itself.  My parents retreated from family and friends as they dealt with this new land mine in their lives. When I called them to announce my acceptance into grad school, my sister was having one of her first psychotic episodes. Instead of ruining my moment by telling me, they were supportive and happy for me. The strength they showed in that moment is the essence of parenting.

There were happy times too, of course: Travel, professional growth, dream houses they bought along the way as they moved up and then downsized; my engagement, wedding, and then their first grandchild. But then came the lowest low. My sister died in a car accident a month later, upsetting the natural order of things.

Many marriages fail after losing a child. I’m willing to bet that a major reason for this is the grieving process; men and women often cope differently, and this was certainly the case in my family. To their credit, my parents learned that there isn’t a right or wrong way to grieve and to respect these differences.

Now they’re taking full advantage of their current stage of life. They’re socially active, travel often, and live for visits with their grandchildren. No matter what’s been thrown at them, they keep going. Together. Happy 50th!