I don’t get points for originality here, but the first thing that struck me about Pittsburgh was the bridges. There were quite a few; and they were yellow! “Clever way to brighten a weary driver’s mood,” I remember thinking, quite tired at the time. My husband, our son and I had driven from New York City in a rental car and it had been a long day. I’d lost track of time a couple of hours into Pennsylvania. It seemed endless: farm, after farm, after farm, rivers, tunnels, and identical service stops.

I come from Greece—a country that you can cross from south to north (excluding the islands that Greece is famous for) in about nine hours and on bad roads, no less. The road trip from NYC to PGH felt to me like a lifetime, and bumping from one local FM station to the next didn’t help. Still, it was a warm June day, the sun was shining and I was on my way to meet good friends I hadn’t seen in years. Fellow Greeks Myrsini and Spyros had been living in Mt. Lebanon for four years at the time. They loved it and they were on a mission to convince us to move there!

This story actually begins in New York City 10 years earlier, in 2006, when I met my then husband-to-be, Devin. It took just one night for us to realize that this was love, and in our case transatlantic love, since I was living in Athens and just visiting the Big Apple. After a whirlwind year of plane trips, phone calls and emails, Devin moved to Athens, where we built a happy life together. Sometimes we’d wonder if we’d ever move to the US someday, but such conversations were always a vague ‘maybe.’ My roots in Greece were extremely strong: born, raised, and educated in Athens, with a six-year parenthesis in London for postgraduate studies. My super-close family, my friends (i.e., my chosen family) and my dream job (producing and writing television series), were all there, at the feet of the Parthenon and a five-mile drive from the bluest sea you’ve ever seen. 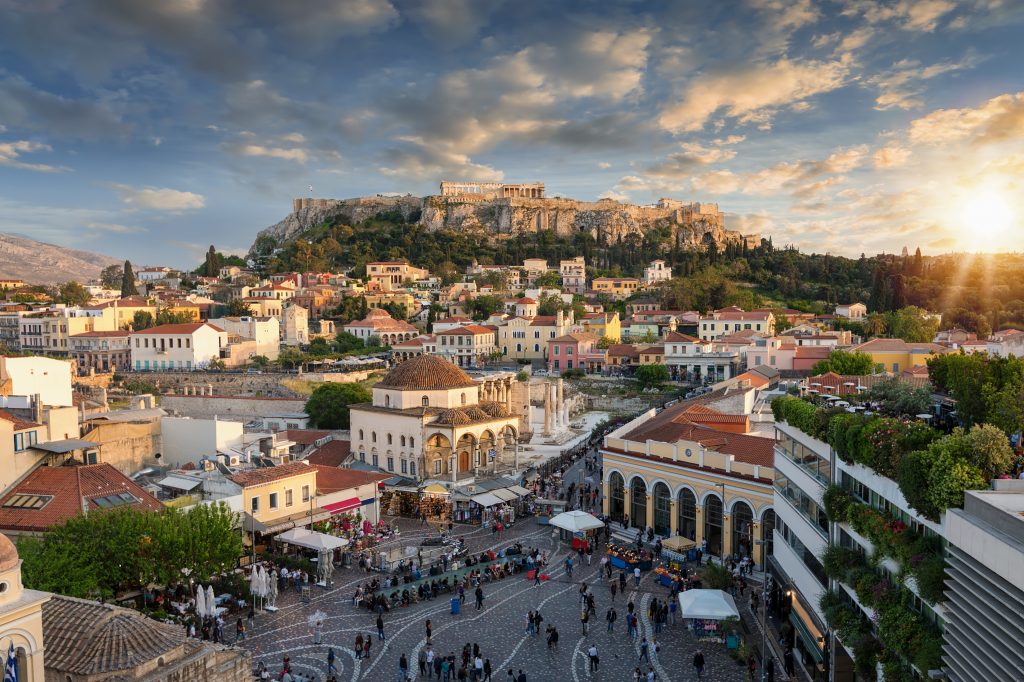 Despite my personal happiness though, I could see my country hanging. Years of austerity and populist-driven politics had perpetuated a toxic civic environment. There was a lot of anger and polarization, and uncertainty regarding Greece’s economic future and standing in the European Union, which climaxed with the nonsensical referendum the Greek government held in the summer of 2015, which added over 80 billion to the national debt. Before that long, anxiety-filled summer was over, the ‘maybe’ of relocation started gaining ground. A few months later, the TV station I worked for—my second home for 14 years—could not afford to pay wages anymore. Devin and I decided the time was ripe for an adventure.

We were immensely lucky in our luxury to view this move as an adventure and a choice; not a necessity, or an act of desperation, like the kind that leads millions of people to leave their homes to save their family from war, hunger, and persecution. I was never blind to this privilege. And yet, leaving a home filled with friends and family is never easy, especially when you’re not exactly sure where you’re going! We were making a major life decision, but could not make up our minds where this move was leading us. Was it going to be New York, which we both knew and loved, but too expensive to raise a family? D.C. or Boston, where Devin had job offers he wasn’t particularly into and where we had no tie, whatsoever? In that year of indecision, we decided at least to take a trip stateside to attend Devin’s family reunion on the Gulf Coast of Mississippi, and visit friends in New York. Also on the agenda: take a look at this other place that had come up in conversation. A former Rust Belt city that had reinvented itself into “a booming tech hub,” one of America’s “most livable” cities; “the city of bridges.” Our friends, Myrsini and  Spyros, had talked up Pittsburgh in every way, and since it was close enough to drive from New York, we decided to visit. 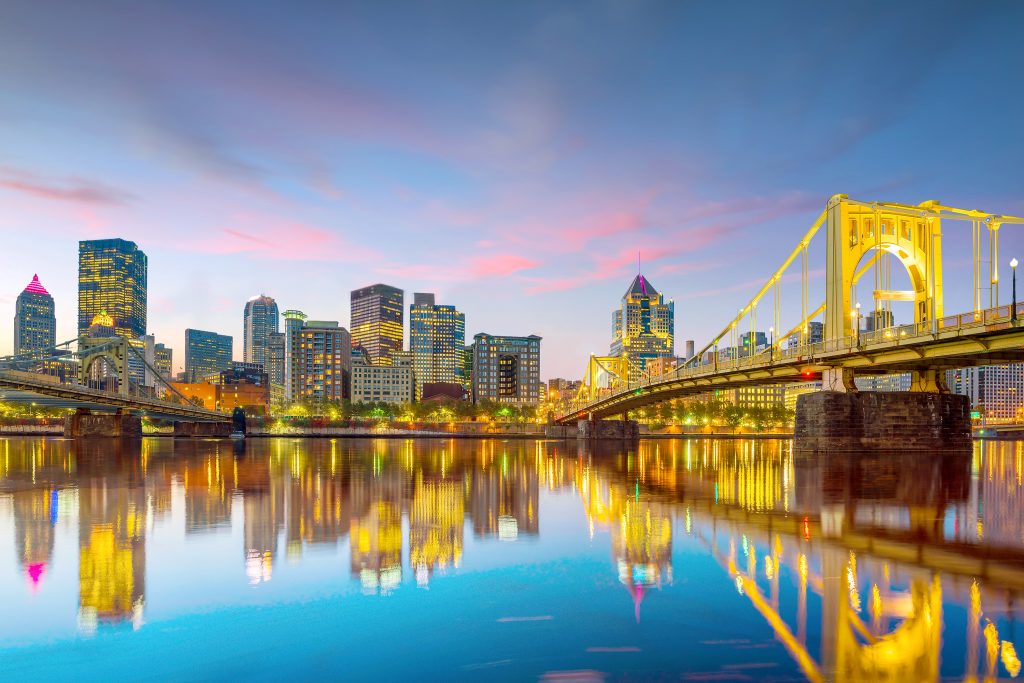 Our hosts took us everywhere they could in those two days. We loved the busy Strip District, the beautiful architecture downtown, the cute shops and restaurants in Shadyside, Lawrenceville and Squirrel Hill, Frick Park, the Oakland museums, the night view from Mt. Washington. And then of course, there was Mt. Lebanon.

Being a bona fide city girl, I admit I was a little scared of American suburbia. Be it American Beauty, the opening credits of Weeds, or Carrie’s dismay when she visits her old friend in suburban Connecticut in Sex and the City, I was negatively predisposed to the cookie-cutter houses, the lack of a bustling city center, the necessity of a vehicle to do anything outside your property, and the ubiquity of big box stores. Mt. Lebanon, as it turned out, was not a typical suburb. And although some things were as I expected, there were other things that surprised and charmed me: Having breakfast on Myrsini’s porch overlooking tall, green trees. Watching the kids roam freely in the backyard. Walking around the neighborhood, looking at beautiful houses, each one with its unique characteristics, but still maintaining a certain unifying quality as a whole. People saying good morning, smiling. All these details—incredibly trite perhaps to a seasoned beholder—felt refreshing to me.

We didn’t have the chance to see a lot of Mt. Lebanon during that first short visit. We didn’t know much about the highly rated schools, the parks, the events, the farmers markets, the local businesses, the library, the neighborhoods and their little special worlds, the wonderful people we were going to meet, the sense of community that is shared in an almost tangible way. But on our last night Devin and I looked at each other and smiled, both knowing what was on each other’s mind. Could we see ourselves moving here, living here?

The answer was yes and a few months later, here we were, driving from the airport. We crossed no yellow bridges this time on our way to Mt. Lebanon. It was a cold December night and we had traveled more than 24 hours. Looking out the window, I let myself take in the lights of the elaborate holiday decorations, a sight that never fails to make me feel hopeful and warm-and-fuzzy inside. A long journey had ended, a new one was beginning and I needed this feeling of hope to balance the fear of starting fresh. This new chapter in our lives has brought our family closer than ever. It hasn’t always been a fairy tale. Homesickness hits very often and ironically, it seems that a toxic political environment is not easy to escape nowadays, even if you move countries! But as we’re finding our feet and carving out a place for us in our new and welcoming community, crossing bridges on an almost daily basis, the mood brightens and hope prevails.