BREW PUB COMING If you like your beer fresh and frothy, you will love Hitchhiker Brewing Co., slated to open in March at 190 Castle Shannon Boulevard, in the space formerly occupied by Cammie Sin’s Tea.

A project of Gary and Serena Olden of Colonial Drive, the pub will feature four types of “regular” brews and a couple of seasonal varieties, made on site in custom equipment, says Gary Olden. Additionally, he will likely carry Pennsylvania-made wines and potentially even Pennsylvania-brewed ciders. The pub will have seating for about 30 inside and about 25 more outside on the deck, but will also have takeout brews in growlers. While they already have lots of ideas for beer, they will take suggestions—and act on them—to keep people coming back.

The pub will feature light plates, including charcuterie, chili and maybe gourmet soft pretzels and hot dogs. And although the pub will have a bar, Olden says it will not feel like a bar as much as a brewery. To that end, he will have plenty of events—tastings, homebrew competitions or chili cook-offs, etc. He expects at some point to add live music, perhaps acoustic styles. The possibilities are endless, but the goal is to bring beer lovers together.

Olden has a background in business and currently manages a global e-commerce group for an industrial manufacturer, but he also once owned a digital media agency. “I love drinking beer,” he says, noting he started making it himself a couple of years ago. He says he and Serena are looking forward to opening the doors to start “a fun new chapter. Our tastes are very similar.”

GALLERIA THEATER REVAMP  The Carmike Galleria 6 movieplex will be getting a new look. According to plans submitted to the municipality, the theater will get a $1.5 million upgrade including demolition and revamping of each theater, relocation of the snack bar, a facelift to each of the restrooms and addition of a family rest room. Neither Carmike nor Galleria management returned calls for comment. The theater, which opened in 1989, was slated to close in the summer 2010 but Carmike reached new terms with The Galleria to stay open. Carmike also owns the larger cinemas outside South Hills Village. 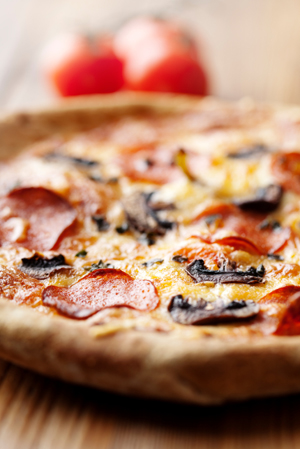 WELCOME TO DUKE’S PUB AND PIZZA  Jim “Duke” Sims, former owner of the popular Duke’s Station in Bethel Park and the smaller Duke’s in Manor Oak Shops, has leased the long-vacant Pub and Pizza on Castle Shannon Boulevard, bringing new life to the place that once bustled with casual diners ranging from sports teams to huge extended families. Duke, once a popular basketball coach at Duquesne University and several other teams, loves to talk with his customers about anything, but especially sports. At Duke’s in Bethel, the service was fast and friendly; the food affordable and the signature ribs mouth-watering. Seems like a great addition to the Castle Shannon Boulevard corridor that just could become a Lebo tradition.