Twenty years ago, at the end of her first day in business, Elizabeth Boyd counted $150 and remembers thinking it was a ton of money. She’d just quit college, moved home and opened Uptown Coffee on Washington Road, beginning what would eventually turn into an iconic symbol of Mt. Lebanon’s business district and a thriving local spot. Boyd’s mom, Sally, who still helps out a few days a week, worked as her right hand in the early days. Her dad, Dick, keeps the books. 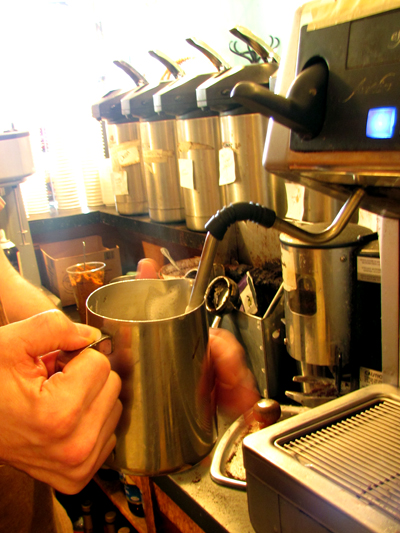 As one of the forerunners of coffee shop culture, Boyd’s biggest challenge was “educating people about what exactly this place was.” She remembers people walking by, staring into the window and walking away, unsure of what to expect inside. Others sat patiently at a table, waiting for a non-existent waitress to take their order. She relates that “nobody knew what cappuccino or latte or anything like that was, at least in this area.” But despite the initial hurdles, Uptown Coffee grew into what it is today, probably due to Boyd’s resilience. “There was no Plan B. It just wasn’t an option,” she says.

Twenty years later, customers are glad there wasn’t an option. A crowded shop is the norm, made-from-scratch baked goods stream out of the kitchen at regular intervals, and most people in Uptown Coffee are regulars.

Brent Brownlee, a Seattle transplant who now lives on Lemoyne Avenue with his family, says he’s “always had really good interactions with people here. They’re kind and nice, and that’s not always the case at other places.” He’s one of Uptown Coffee’s many regulars, coming two or three times a week to wrap up paperwork from work.

“When I opened the store, I imagined there would be regular customers who we’d get to know,” says Boyd, “but I never imagined Uptown Coffee would become such an important part of so many people’s lifestyles. I’ve had people tell me they bought the house they live in because it’s within walking distance to Uptown Coffee.” 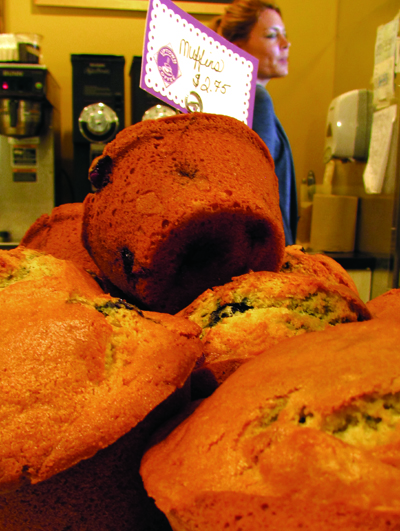 As for the future, Boyd sees herself in the store’s kitchen, continuing to improve her baking skills. “I do something that I love every day,” she says, and she has no plans to go anywhere. Brownlee’s keyboard tapping adds to the buzzing air, and someone laughs in the background. At Uptown Coffee, the perfect latte isn’t just steamed milk and espresso, it’s pulled together with something in the atmosphere, perhaps the friendly smiles or maybe the aromas drifting from the kitchen that can’t quite be pinpointed—a secret recipe 20 years in the making.