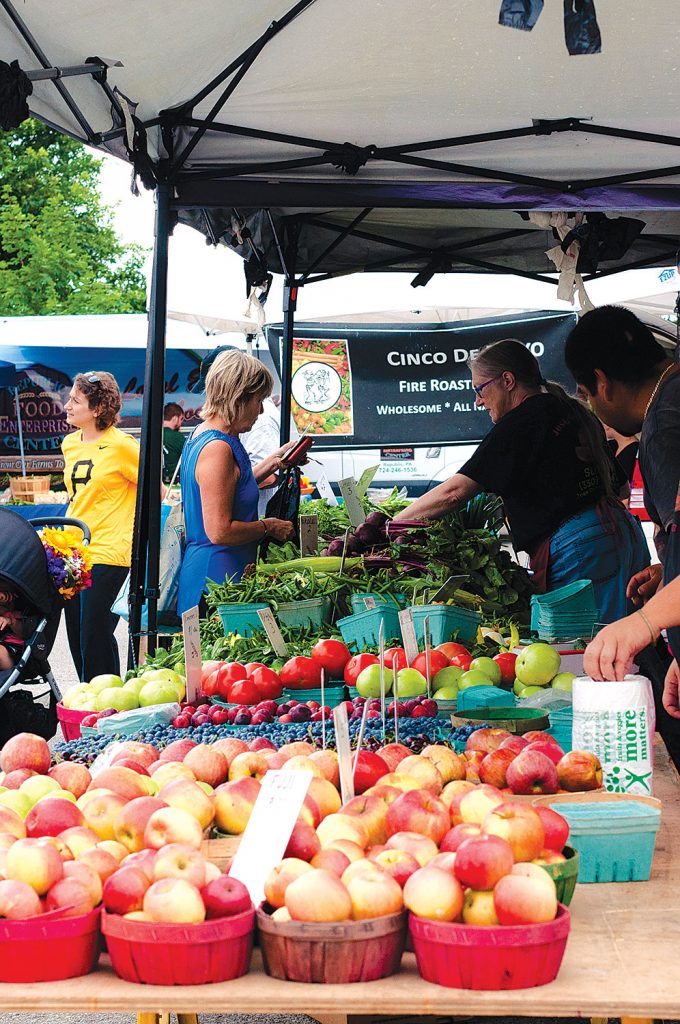 With the Uptown Market opening Saturday, May 11, it’s a sure sign that summer is around the corner—and with it, loads of fun activities brought to you by the Mt. Lebanon Partnership. The Uptown Market runs from 9 to noon every Saturday morning until October. This year, people will notice an expanded vendor list with more of an emphasis on makers, artists and activities such as cooking demonstrations and speakers.

“It’s not just about providing fresh food—it’s also about providing an Uptown experience,” says Eric Milliron, Mt. Lebanon Commercial Districts Manager. “The farmers aren’t going away, but we are adding a different experience.”

The Uptown Market, which is sponsored by Northwest Bank, will once again feature Second Saturday performances by Mt. Lebanon bluegrass group, The Mackin Band. They set up on Washington Road near WesBanco.

First Fridays on June 7, July 5 and August 2, will include free music in Clearview Common, and, as usual, Washington Road will remain open. New this year is a lineup focused solely on Mt. Lebanon talent. At press time, local musician and teacher Dan Petrich was the only confirmed act, scheduled for Friday, August 2, from 7 to 10 p.m. Petrich, whose new album, Of Devils, Gods and Men, was recently featured on WYEP’s The Local 913, will be the first in a series of musical events in Uptown in August.

For the first time ever, Mt. Lebanon will be hosting the WYEP Singer-Songwriter Competition on Saturday, August 10 from 6 to 8 p.m. in Clearview Common.

“Outside of the city, we are one of WYEP’s largest membership bases,” says Milliron. “They are a real regional cultural asset, and we are happy to partner with them.”

Beginning mid-summer, the WYEP Singer-Songwriter Competition usually consists of four preliminary rounds, with 12 contestants moving on to the finals in September. The top three winners, chosen by a panel of local music professionals, receive prizes and special performance opportunities. In past years, the entire competition has been held in downtown Pittsburgh. 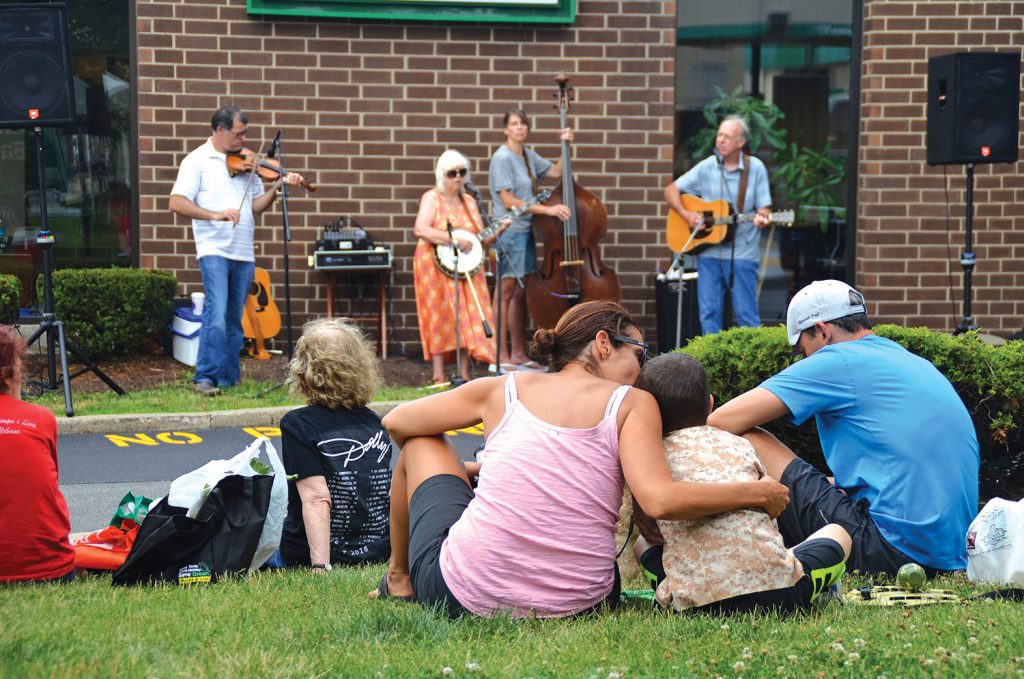 The free Mt. Lebanon concert this year will be part of the preliminary round phase. People are encouraged to come, rain or shine, to see some fresh talent and weigh in on who should move to the next level. Visit www.wyep.org for more information about the competition.

“With [Dan Petrich] on First Friday plus the singer/songwriter competition, we are basically having a month of WYEP in August,” says Milliron. The competition will mark the end of Mt. Lebanon Partnership activities for the summer, as the ULTRAparty is on hiatus for 2019.

As usual, the Mt. Lebanon Artists’ Market will be in the fall, on Saturday and Sunday, September 21 and 22 in the Academy Avenue parking lot. Keep an eye on www.MtLeboPartnership.org for updates.