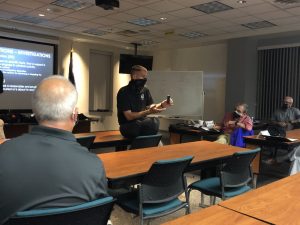 As I walked home from night two of the Citizens Police Academy, my mind spun in circles. “That vest was so heavy. I don’t know how they wear that plus the belt when responding to a dangerous call and still having to make decisions on the fly based on policies and case studies.”

Cars whipped by me on Washington Road and my mind quickly turned to the discussion on traffic stops and what data is recorded by the police.

Then, I turned onto my street where parked cars lined the side of the road. I began to think about the reminder officers gave us to lock our cars, even when we’re parked in our own driveways. Thefts from motor vehicles left unlocked do occur and it’s best to be proactive and keep your doors locked, so you’re not providing easy access to someone who’s up to no good.

If you can’t already tell, we learned quite a lot in our second night of class. Over the past day, my mind has continued to swirl. I’ve thought about the statistics provided by Chaplain Steve Fury surrounding police officer suicides. I’ve thought about what it would be like to work a police officer’s schedule. And, I’ve reflected on the thought-provoking questions asked by my peers.

If there’s one thing that I took from night two of the academy, it’s that, when making a decision, a police officer has to take a lot of factors into consideration. For example: How fast was the car going? Was the car swerving? Did the person slur their speech? Could they walk in a straight line? For the department as a whole, there’s a lot that needs to be considered when drafting policies and procedures for the officers to follow. 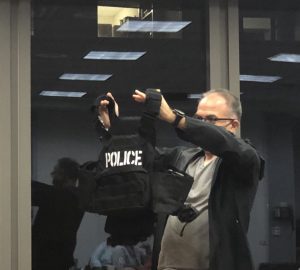 Here are some of the key takeaways that I left with:

>Did you know that the average person experiences one or two critical incidents in their lifetime? Yet, a police officer experiences more than 800 critical incidents in a 20-year career. Mt. Lebanon police work with Fury, a retired Scott Township officer, for emotional support. The department even has a wellness day built into its training schedule, a day that focuses on the well-being of the officers.

>A police officer’s office is the front seat of their car. A computer mounted in the car provides officers with real-time information through its Computer Automated Dispatch. If you call 911, while you’re on the phone, the operator is typing in the information that you provide so the officer can see that information as they respond.

>Speaking of 911, it’s OK these days to dial the three-digit number for any situation where you need to speak with a police officer. Unlike what many of us were trained to think as youngsters, 911 isn’t just for emergencies anymore. It’s the way that you get in touch with the police for any need. Calls are prioritized, so don’t worry, your call about a dead snake in your yard won’t come ahead of someone in the middle of a crisis.

>Mt. Lebanon officers work eight-hour shifts. Officers’ schedules are based on seniority and they rotate to a new shift every 28 days.

>Officers do not have a quota of how many traffic stops they should make. That would be illegal. On the job, they look for ways to prevent crime, check business doors, walk through schools and attempt to be visible in the community. They answer dispatches and patrol the community. Oh, and they also need to be good drivers. That’s important. 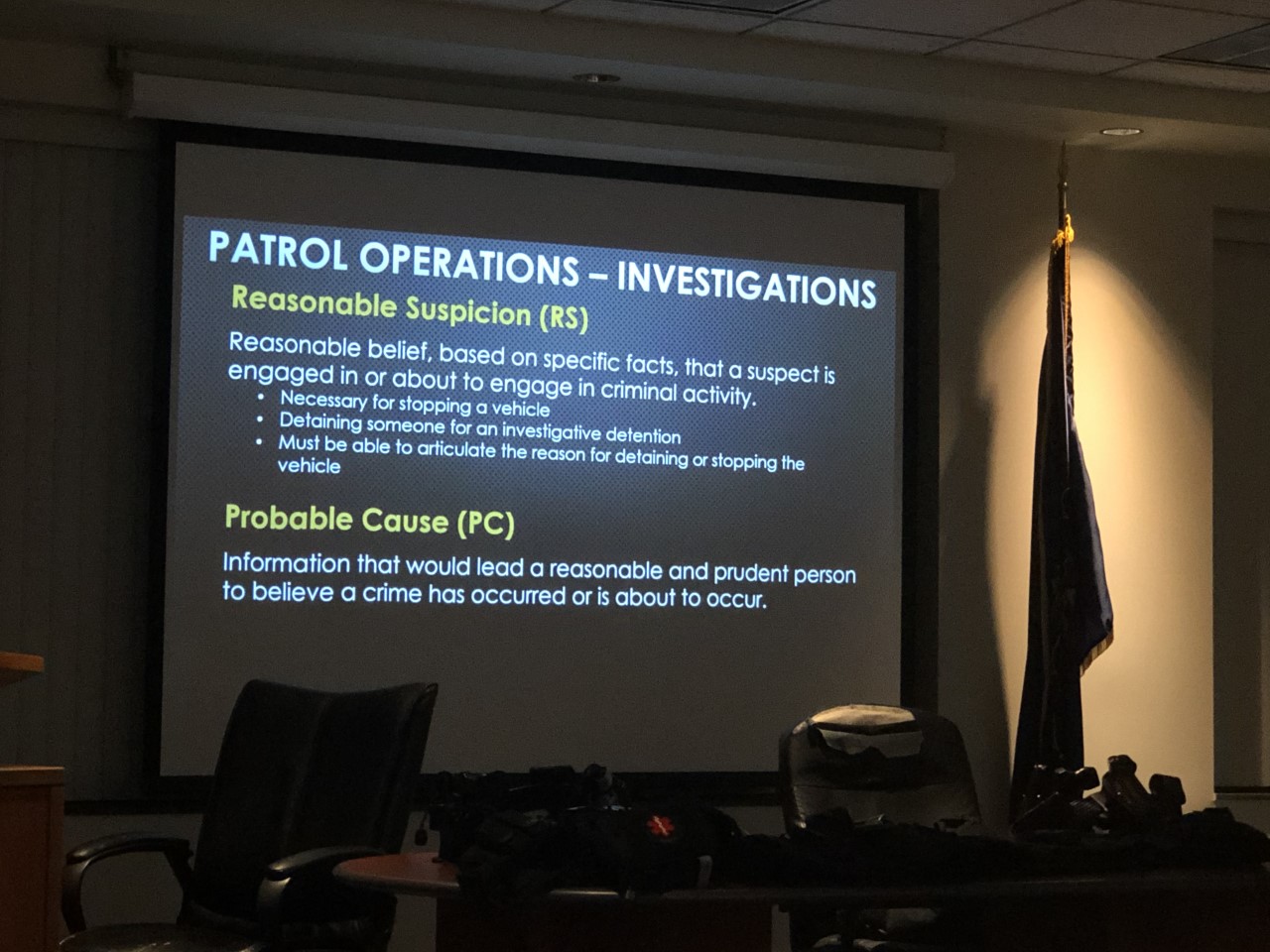 >When making a traffic stop, officers must have reasonable suspicion, or the reasonable belief, based on specific facts, that a suspect is engaged or about to engage in criminal activity. And, to file charges, they must have probable cause, or information that would lead a reasonable and prudent person to believe a crime has occurred or is about to occur.

>Our officers are equipped with body cameras. They’re turned on when officers are responding to a call. There are also numerous automatic triggers that are used to ensure the cameras are on when needed. The cameras are on a loop, so they record 30 seconds prior to the on button being touched.

>A lot goes into a traffic stop, including the data the officers collect. Body cameras help to document the details of a stop. Officers do not ask the race of people stopped. We’re going to learn more about traffic stops in two weeks, so I’ll save what we learned for then!

>The Community Outreach Unit’s primary objective is to be proactive and build relationships with the community.

Fun fact: Henley is in his fourth year at Mt. Lebanon High School. His focus is student safety and to serve as a resource. That means he’s even teaching a law class and helping math teachers calculate a vehicle’s speed.