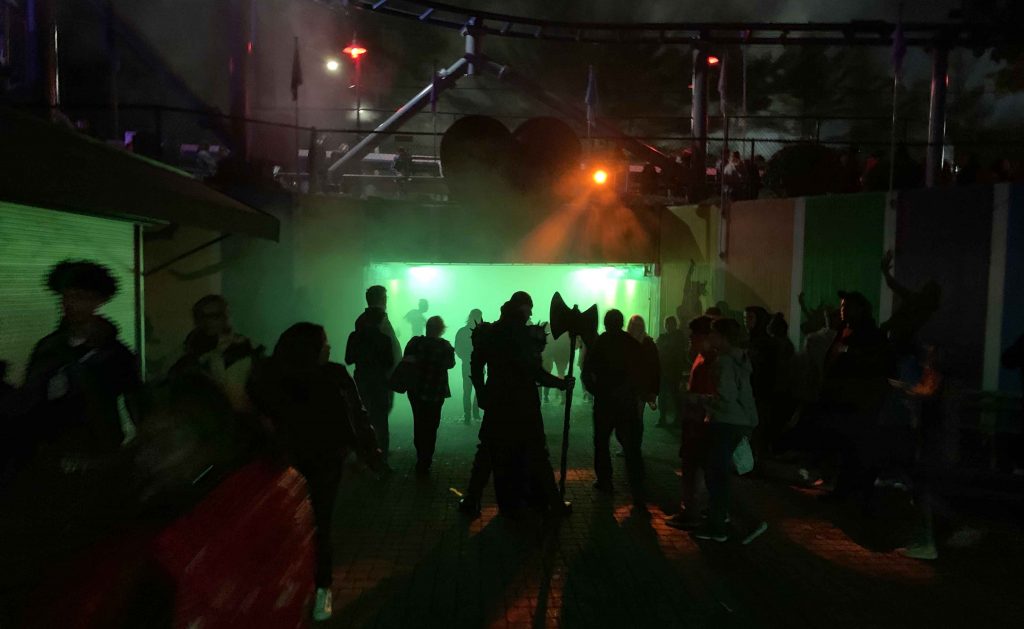 For 18 years, Kennywood Park’s Phantom Fright Nights have been a unique local Halloween tradition. And for many, wandering around Pittsburgh’s beloved amusement park transformed into 80 acres of haunting spectacles is absolutely essential for getting into the spirit of the season.

I count myself among those people. In fact, thinking back, my 11-year-old self probably attended the inaugural Phantom Fright Night season back in 2002 because my neighborhood crew would pile into a van pretty much every October of my adolescence to make the trip from Indiana, PA, to have the pants scared off of us at Kennywood.

When my colleague Merle Jantz proposed we hit some haunted attractions for our LeboLife blogs (check out his most recent blog about Hundred Acres Manor), I immediately jumped at the chance to revisit Fright Night—it has been at least six years since I last went. I asked my twin brother, Jack, to come with me. I thought he might enjoy the trip down memory lane.

Turns out, memory lane is a bit scarier than I remember.

We arrived at the park around 6:10 p.m. on Saturday, October 19, about 10 minutes after opening. It was a perfect fall night—a bit cloudy but with temperatures in the mid-50s. Evidently everyone else agreed, because we waited in line until 7  to get our tickets, which brings me to my first piece of advice: order your tickets online in advance.

As soon as you make it through park security, you are enveloped in the Halloween atmosphere. When you approach the tunnel—the main entrance to the park—the lights are dim, fog billows around you and creepy characters jump out from the crowd to scare you half to death. Check out the video below to get an idea.

We entered the park and tried to read the Fright Night map in the dim, foggy atmosphere. The park was so crowded that we knew we would have to prioritize our time. All of the attractions were open that night, including 12 haunted houses and nearly 20 rides. We only had about three hours, so we chose three major activities: a roller coaster, a haunted house and finding food.

Since it’s the Phantom’s big night (and also the wait for the new roller coaster, The Steel Curtain, was already two hours long), we decided to make a beeline for the Phantom’s Revenge. There, we waited for less than 30 minutes before we found ourselves on the back cart of the coaster, careening at high speeds through total darkness.

“My favorite part was the Phantom’s Revenge. The rides are so much better at night, plus, it was fun to watch the characters jumping out and scaring people while we waited in line,” Jack says.

Up next was MY favorite part: the food. We walked around the corner from the Phantom’s Revenge, carefully crossed the path of two actors in full Victorian-style regalia who were “haunting” the entrance to Lost Kennywood, and found ourselves at the Potato Patch. Thirty minutes later, our bellies full of bacon cheese fries, we were on our way to my second-favorite Kennywood food spot—chocolate-dipped, peanut-covered ice cream cones at The Golden Nugget ice cream stand. 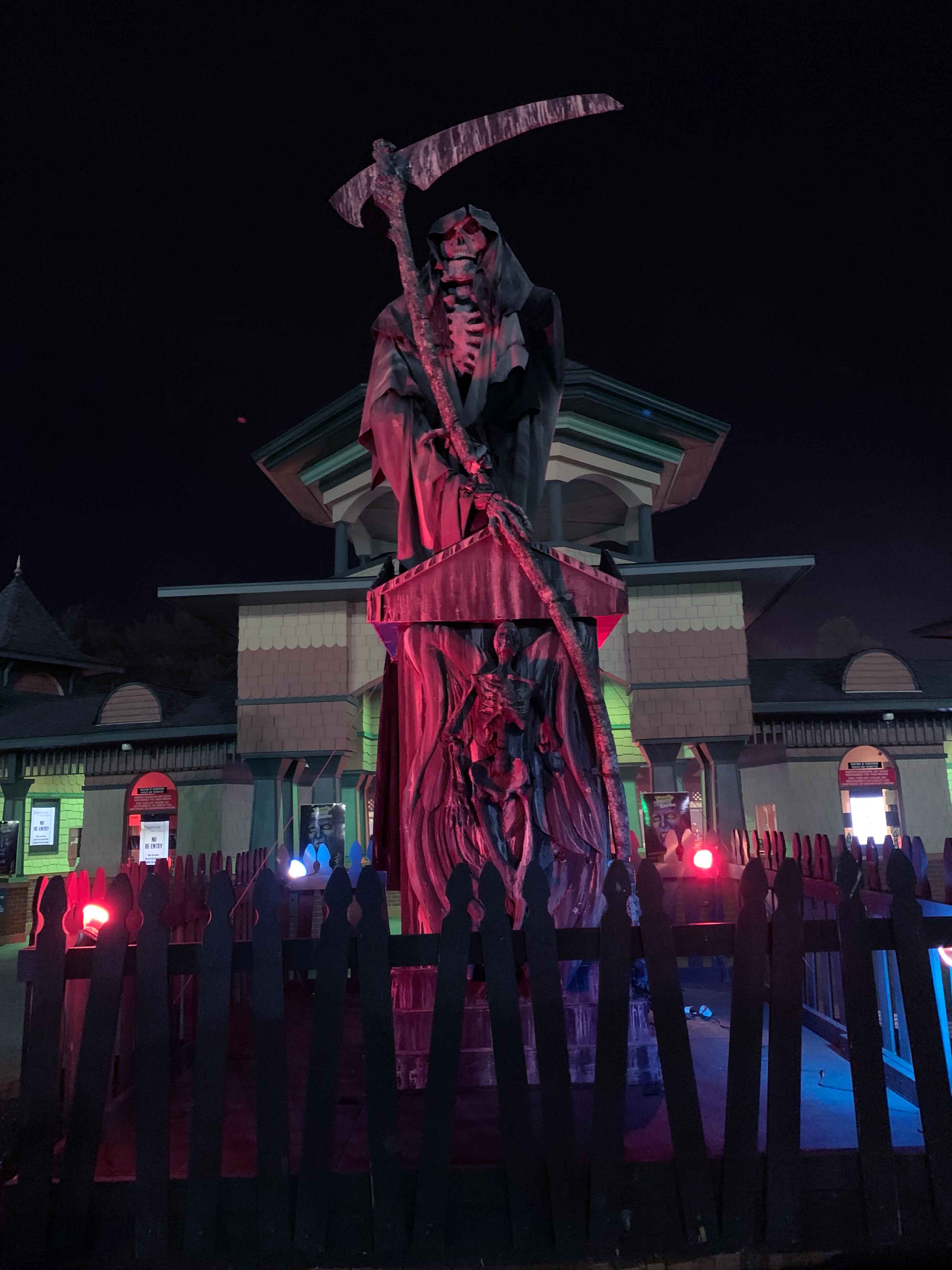 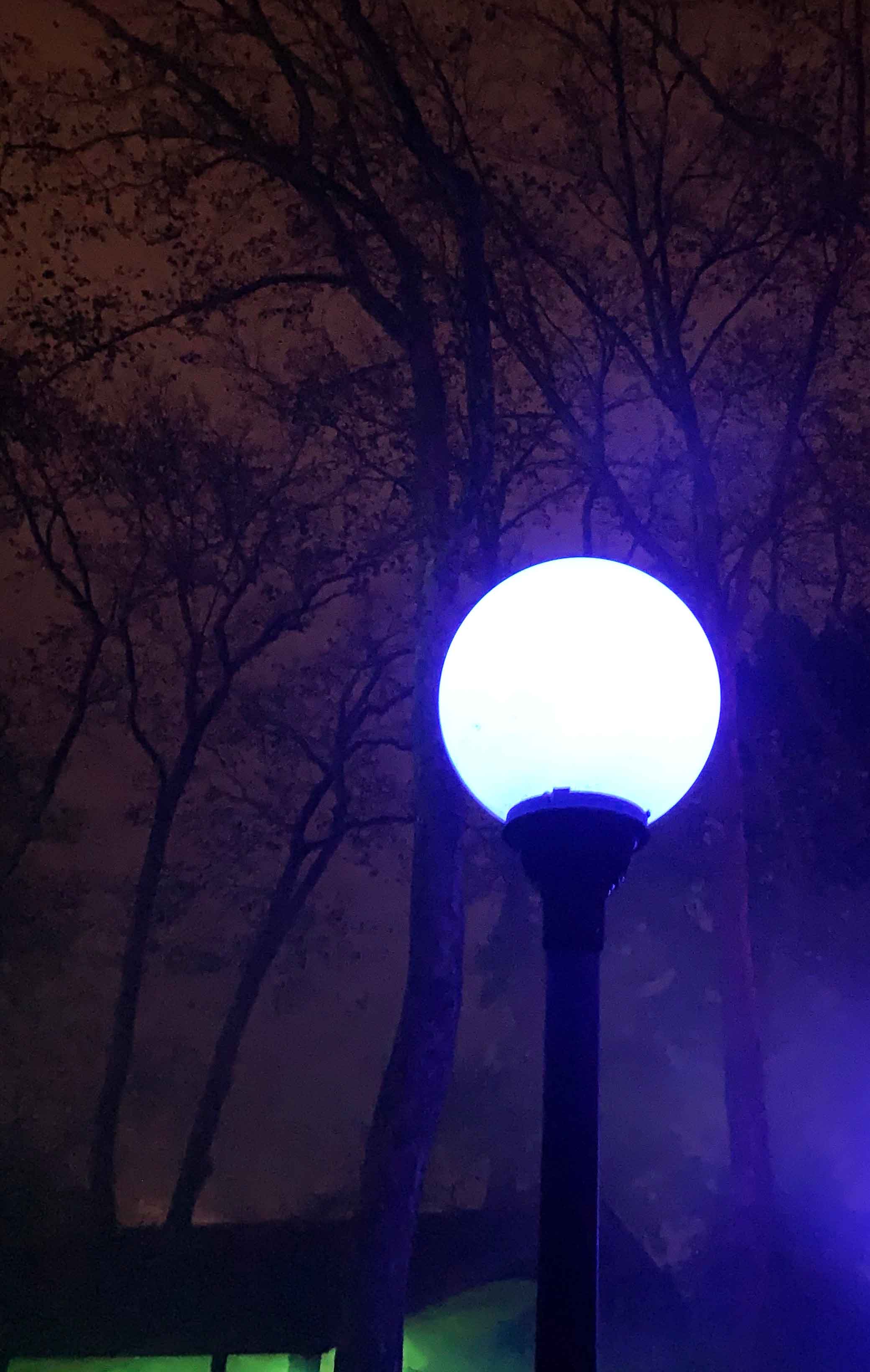 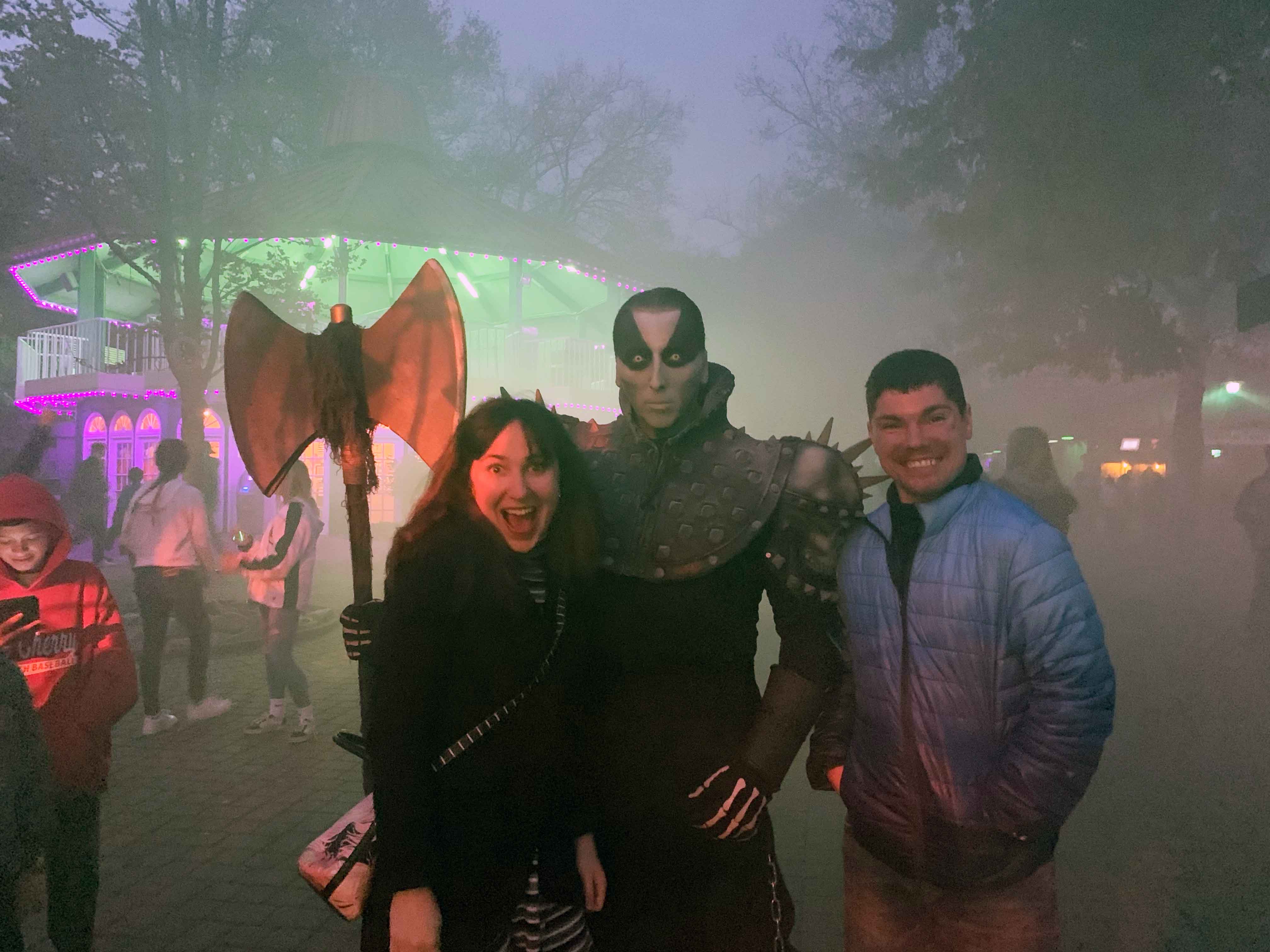 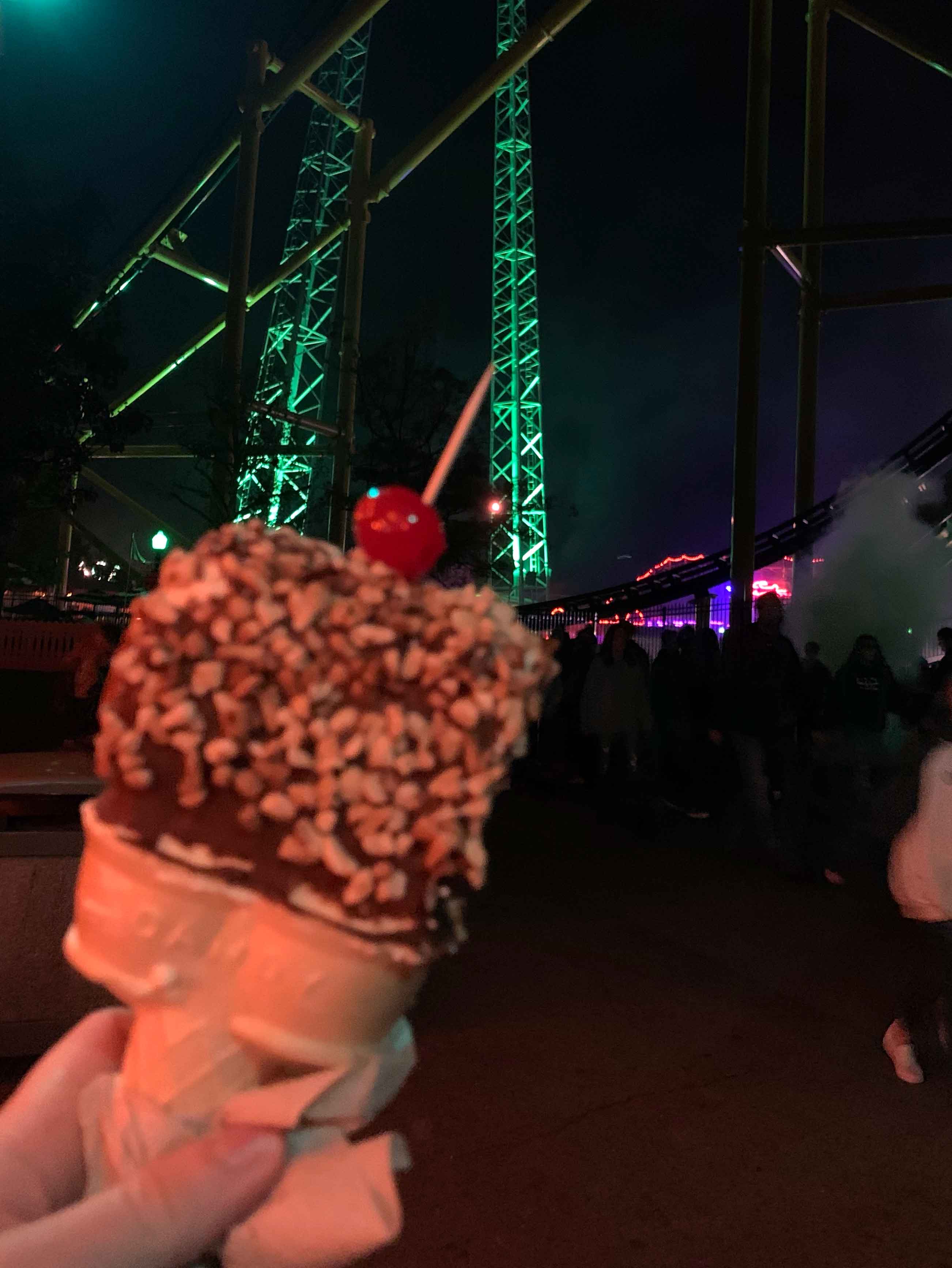 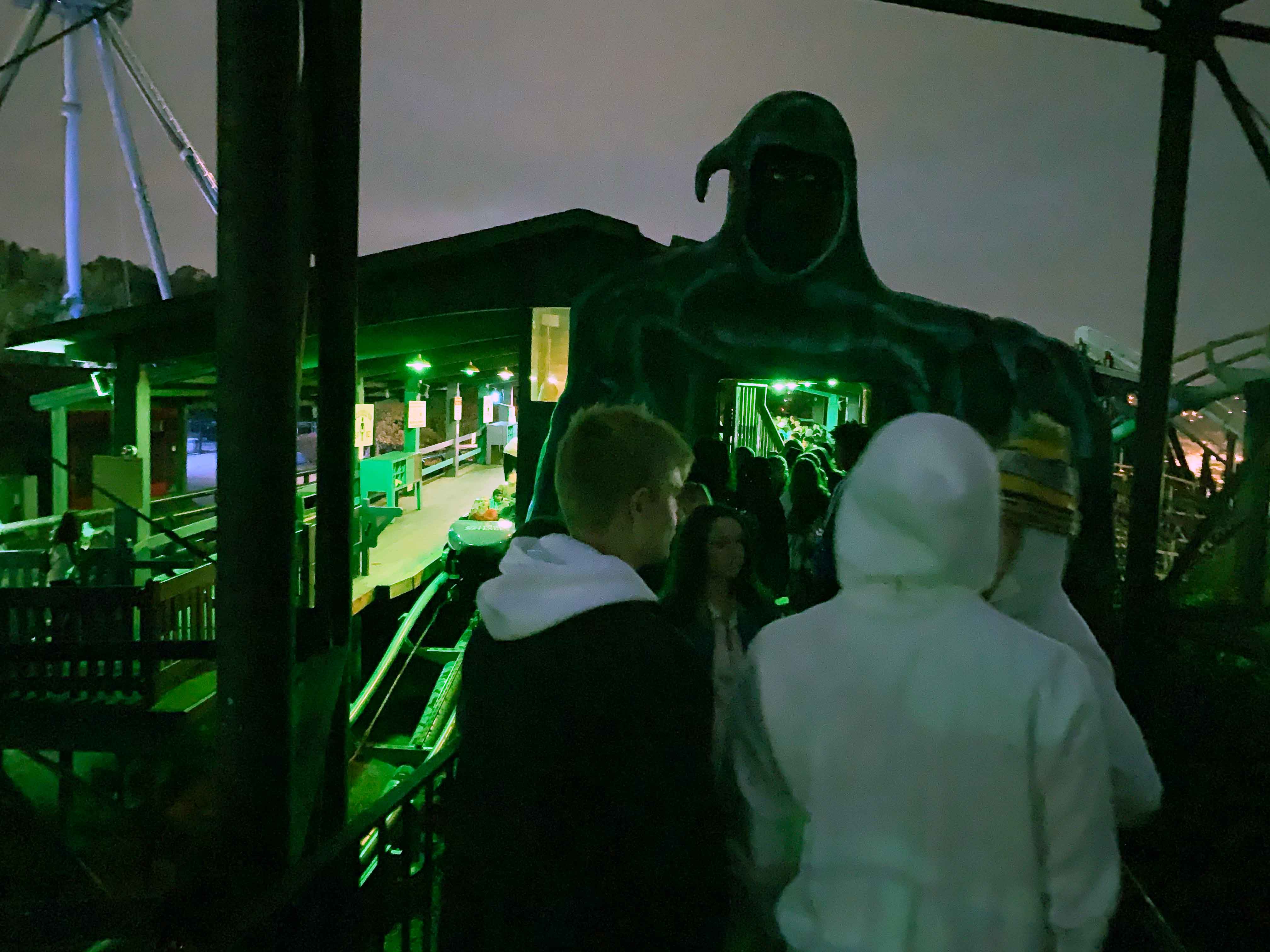 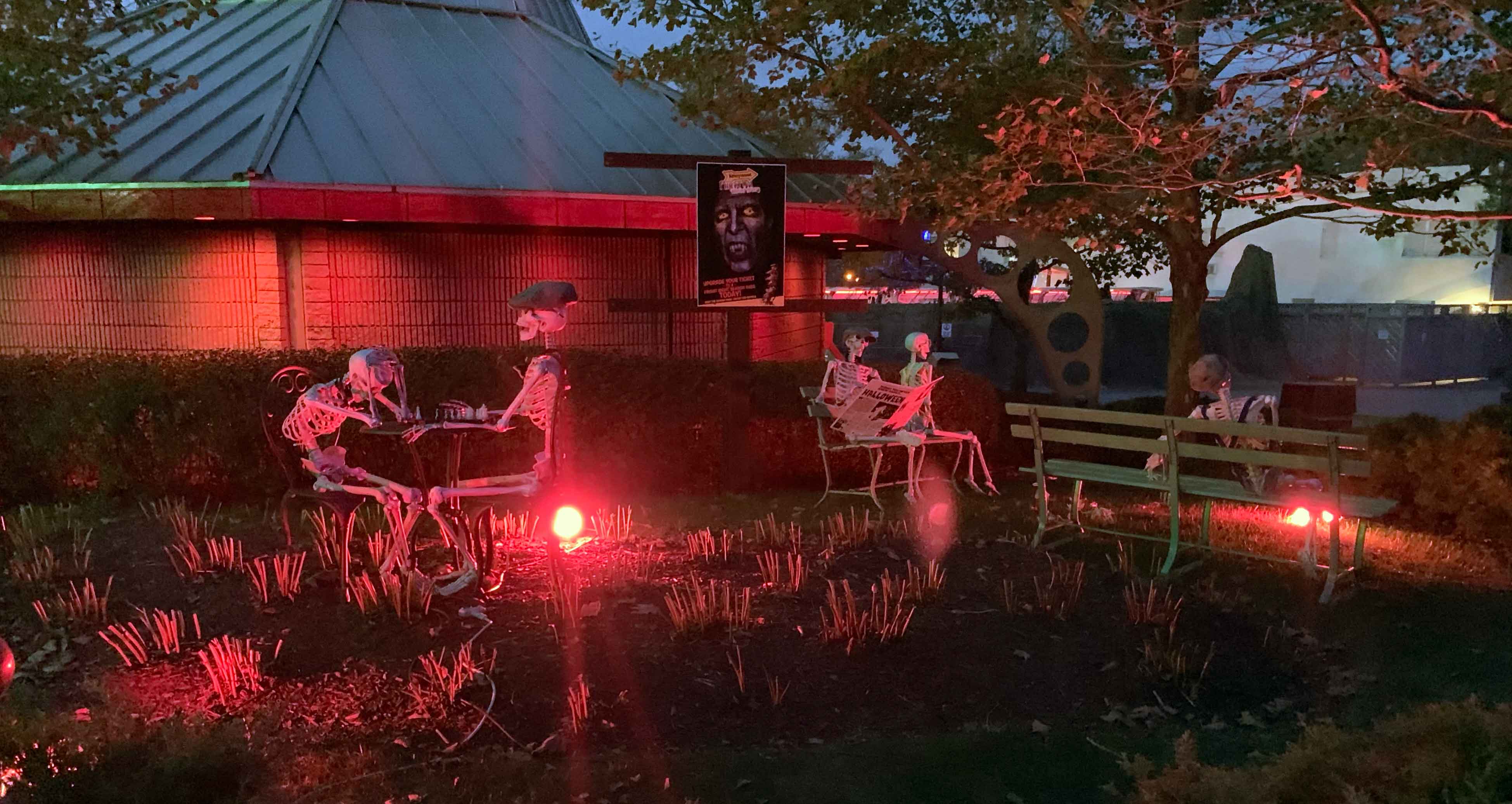 We enjoyed our treats while we waited in line for our final stop, the Shady Grove Memorial Hospital haunted house. We chose this one because it was new for 2019, and it was clearly popular—we waited in line for almost an hour (and the attraction itself took less than 10 minutes to get through). Without giving too much away, some unique features of this haunted house included a brief video presentation before entering through the “emergency room,” as well as a plot that unified all of the characters you encountered throughout. Naturally, Jack and I found ourselves at the very back of the group, but I was relieved to find that none of the actors seemed to be able to leave their station to follow us—it was frightening enough without that. Also, as you might expect, none of the actors at the haunted house or scattered around the park are permitted to touch the guests unless they are posing for a photo.

As we made our way out of the park, Jack and I debriefed about the evening’s events. We decided that time management is critical to make the most of your Phantom Fright Night experience, and we would recommend staying for the full six hours, from 6 to midnight. Also, I was glad I had a hat and gloves in my purse because it did get a little chilly as the night went on. Finally, we agreed that Kennywood really has this Fright Night thing figured out—everything from the atmosphere to the actors to the number of activities that were available seemed so much more intense than what we remembered from our childhood.

The final weekend for Kennywood’s Phantom Fright Nights is October 25 – 27. Get your tickets here.