Upper St. Clair native Leanne Ford first gained the attention of the design world when she used her “white on white” signature aesthetic in the restoration of a 1907 schoolhouse that she turned into a home. That project was featured in Country Living magazine in 2015, and launched her career nationally as an interior designer.

Before that, she worked as a freelance creative director and stylist and did interior design as a hobby. When clients started calling her to do design projects, the two careers overlapped for more than five years before she decided to jump into interiors full time. She has since teamed up with her brother, Steve Ford, for a show on HGTV called Restored by the Fords, now in its second season, which aired March 19 (also the due date for Leanne’s first child!) and featured a Mt. Lebanon home project on Royce Avenue.

The construction and design power duo chose the Craftsman-style home of Leanne’s high school lacrosse teammate, Laura Lawrence, as their first project in the new season of their show. Laura and the Fords all graduated from Upper St. Clair High School.

Laura had an emotional attachment to the home because she took piano lessons there as a child. When it went up for sale, she knew she wanted to raise her family there with her husband, Ben. “I Love Lebo and we’re trying to hold out and stay here for the long haul.” says Laura. “We do love the brick street and our house so much.” With baby number four on the way, they have to get the most out of every square foot of that space. The goal was to brighten up the interior and make it a welcoming home for a growing family. 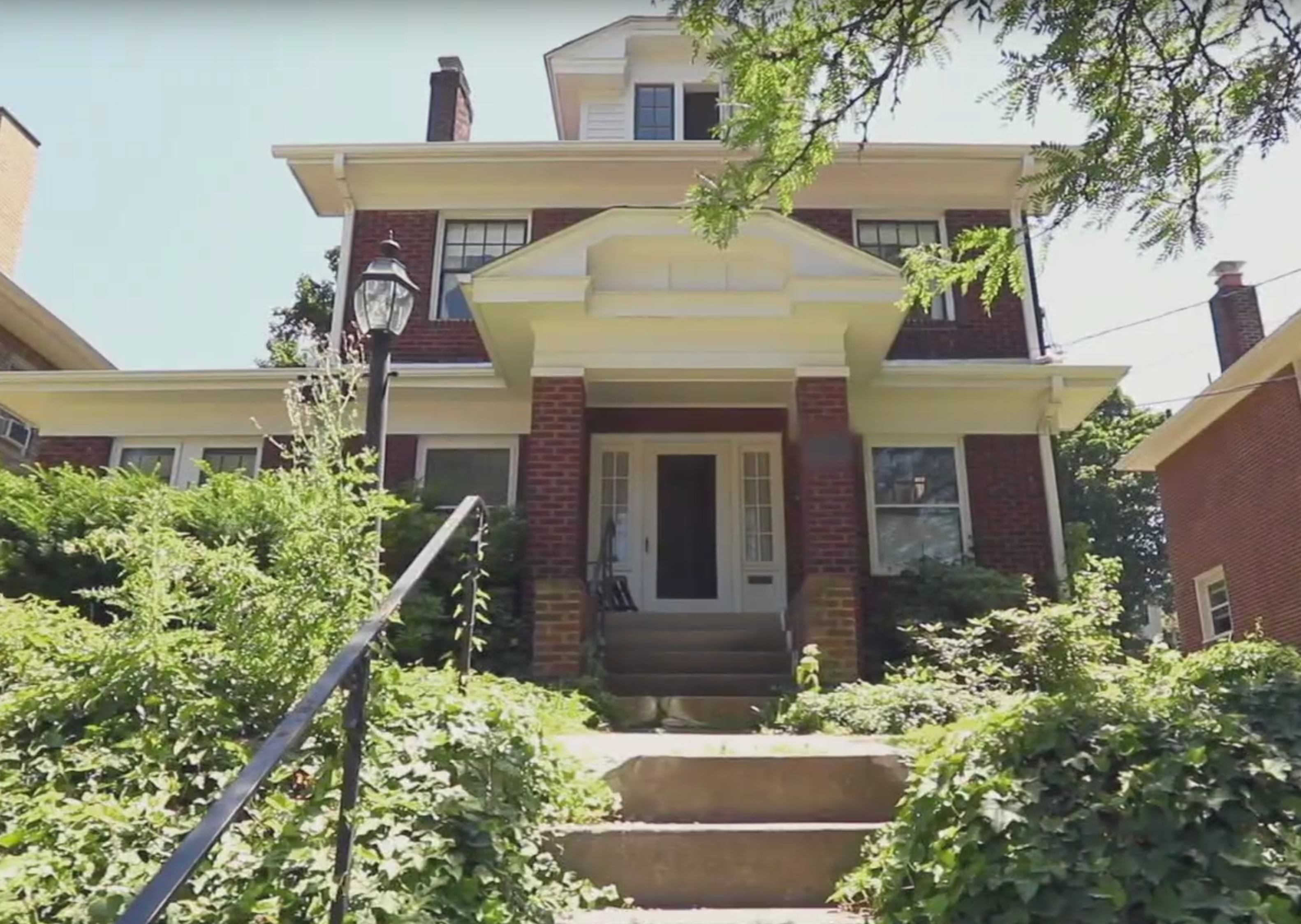 Working with a budget of around $80,000 and only eight weeks to complete the project, the Fords had to find creative ways to modernize the home to create a family-friendly space. Laura and Ben wanted a better flow for the house, with a larger kitchen and an added first-floor bathroom.

Space was the main challenge. “It’s a small space for a growing family,” says Leanne, “so we had to play with how we used the square footage. We didn’t want to just tear down all the walls, as it would have lost the character of the Craftsman style home.”

They did remove one wall, between the dining room and kitchen, and installed French doors in the dining room, which visually opened the space. Breaking into the sunroom also freed up more space and let in natural light. “We kept their dreamy weathered wood floors,” Leanne says. “I loved having that worn element playing off of the new pieces we brought in.”

Leanne also worked color and youthful touches into the design to fit the family’s personal style. “I love when the client comes with a very particular style and aesthetic that they want to create,” she says. “The clients for this project had a very particular style of home and kitchen that they wanted and it was my job to make that come to life in a limited budget and in limited space.”

The Royce home is one of the 4,400 contributing structures in Mt. Lebanon’s Historic District. Such homes may need to be updated but it can be challenging to do so while preserving the original architecture.

“Keep as much texture, character and history in the home as possible. That influences the design of the home,” Leanne says. “Sometimes it’s more expensive and takes more time to save or salvage something in these old homes, as opposed to just ripping things out and replacing them. But the history and the wear and tear sometimes is what brings the warmth into a home, so I try to keep it where possible.”

Why take the extra effort? “We don’t want to lose our history! We want to keep as much of it as we can,” Leanne says. “A new build can be fun, but old homes have a life and bring in extra soul that a new home doesn’t have just yet.” 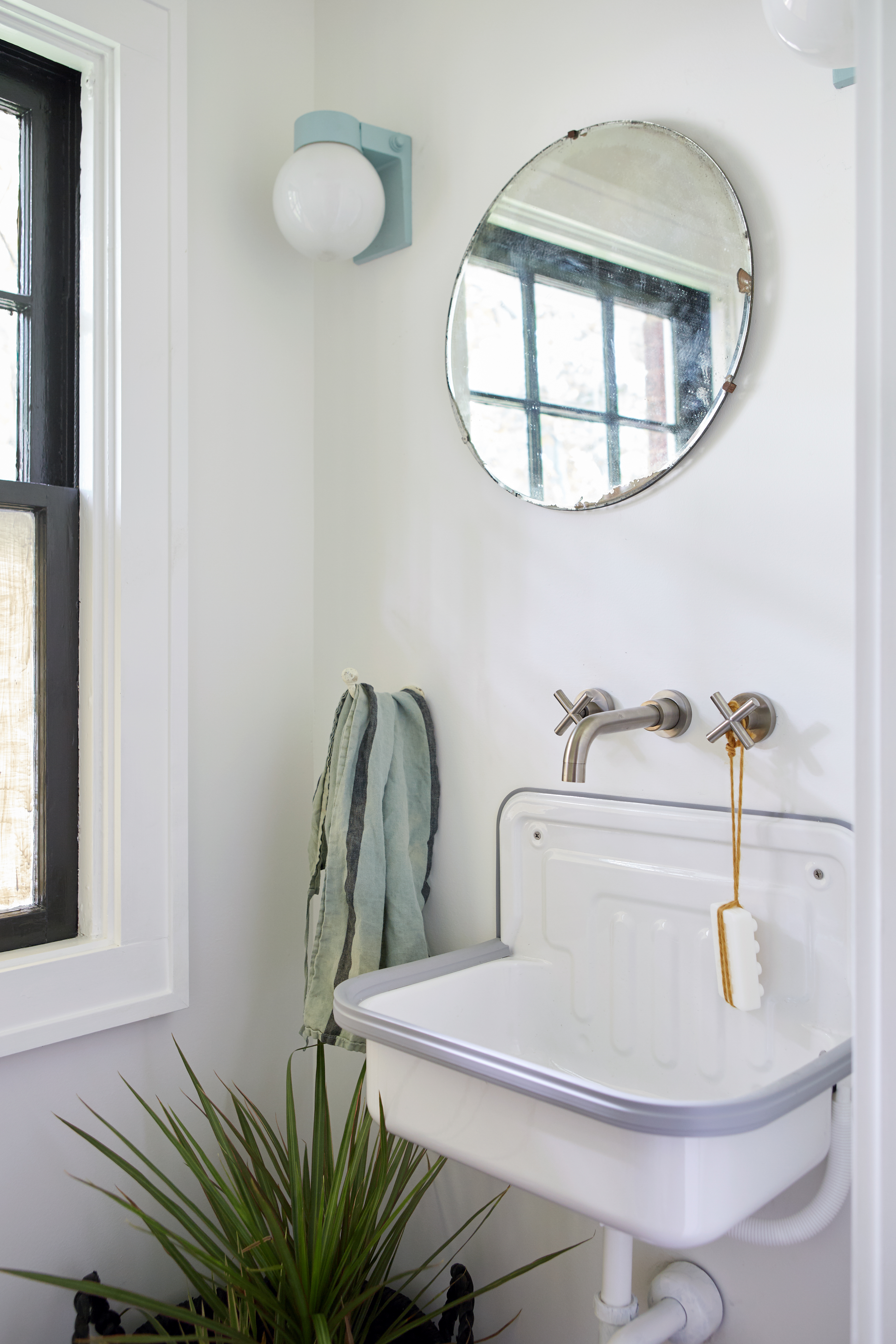 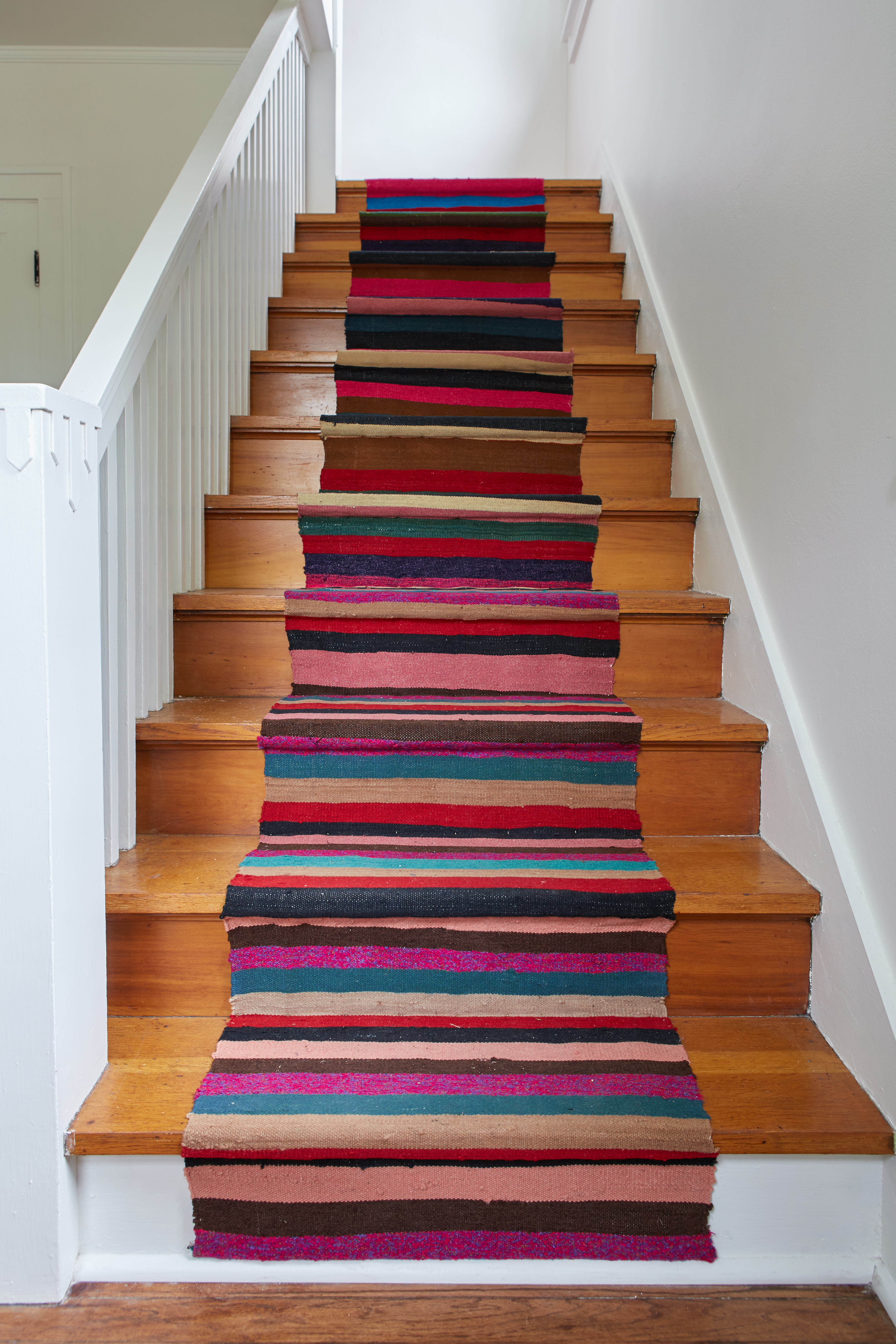 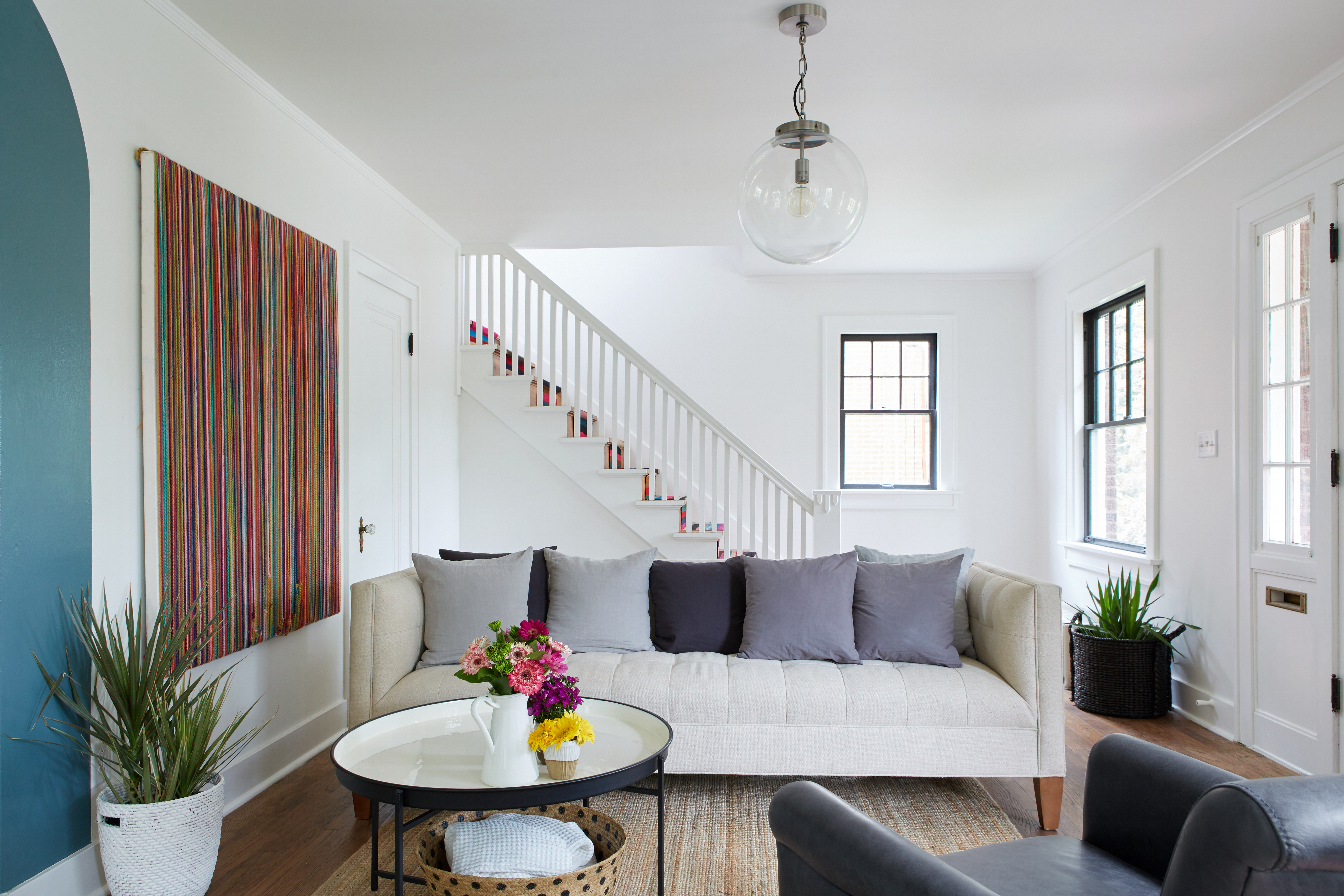 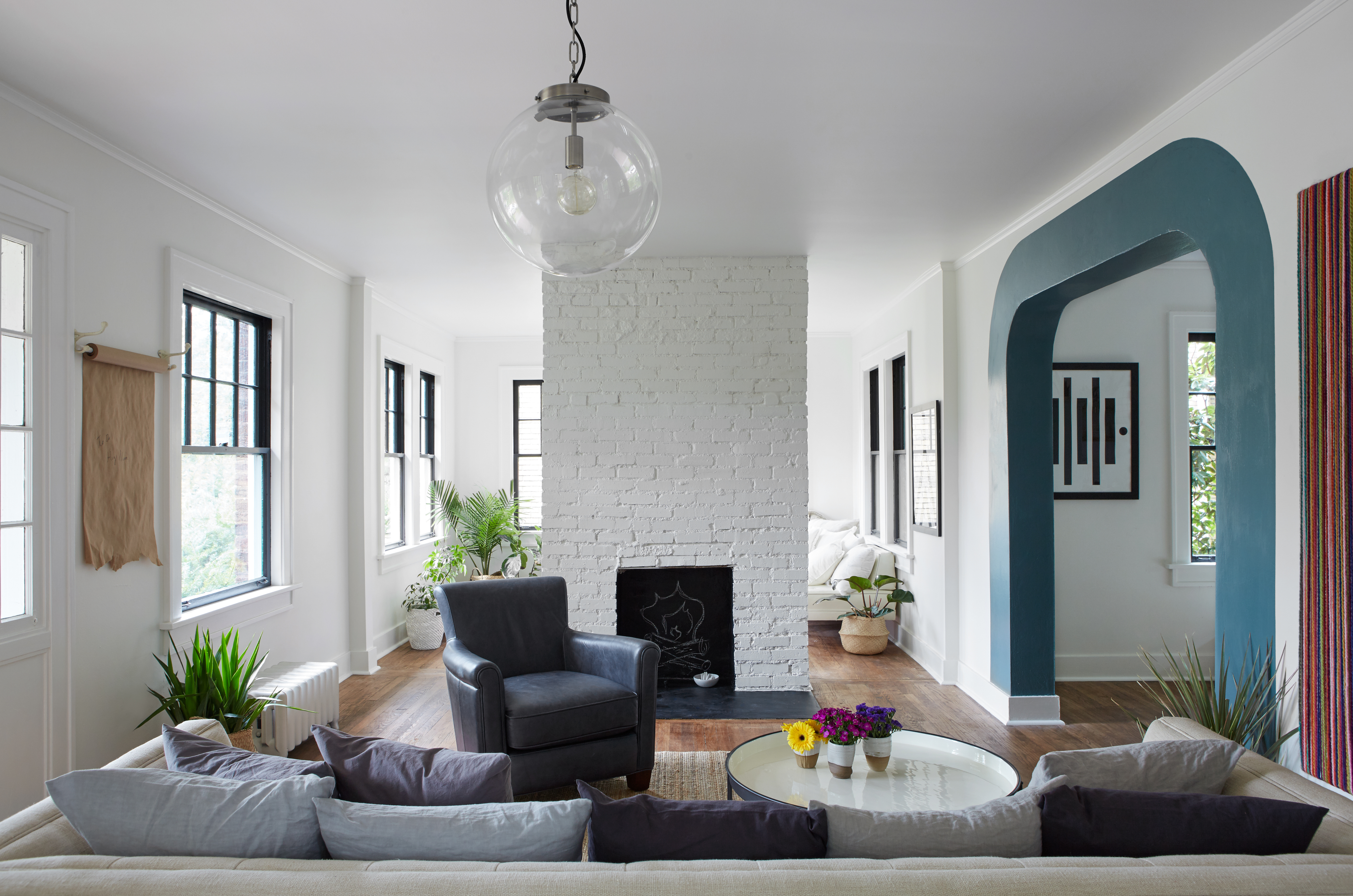 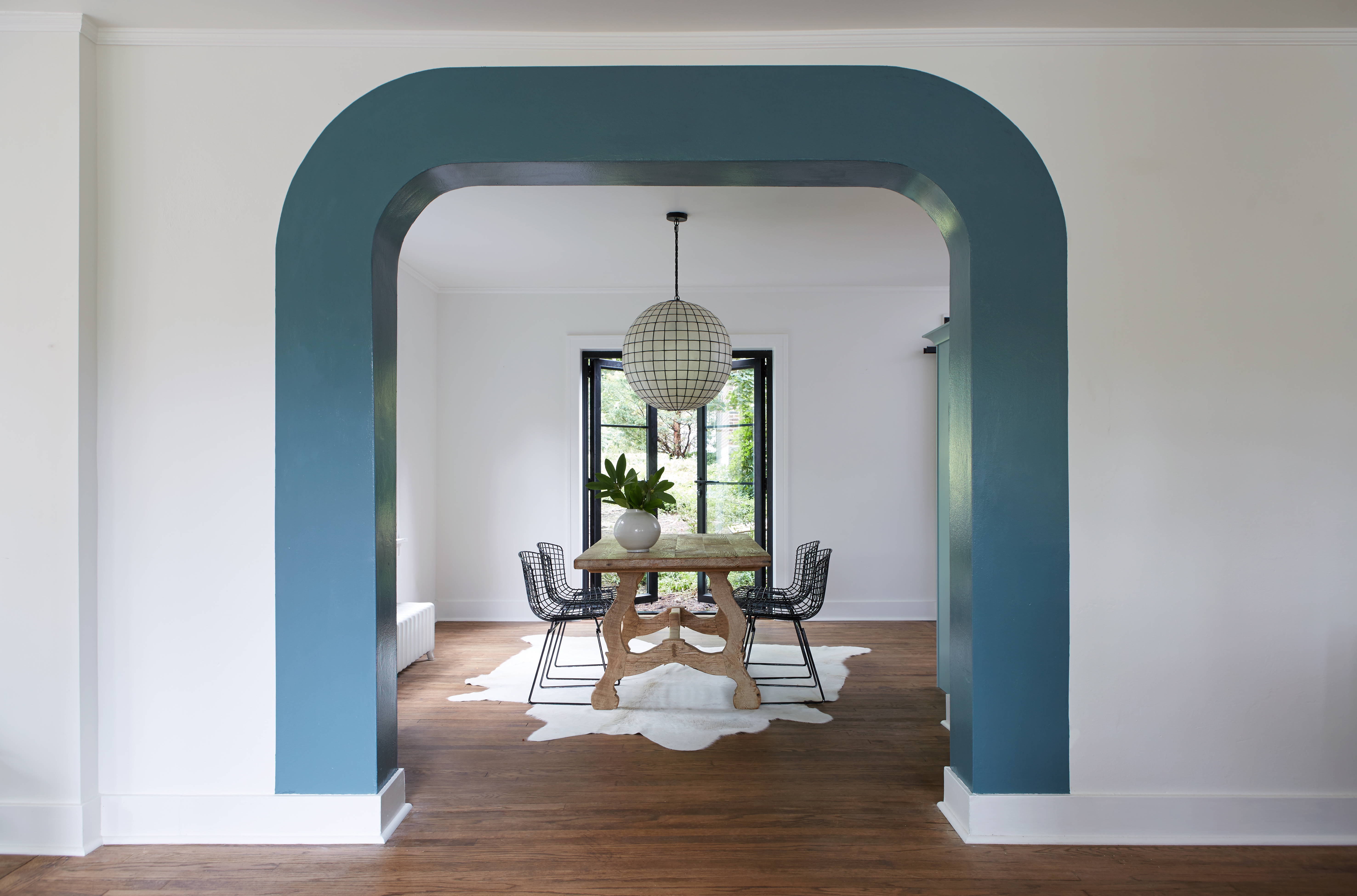 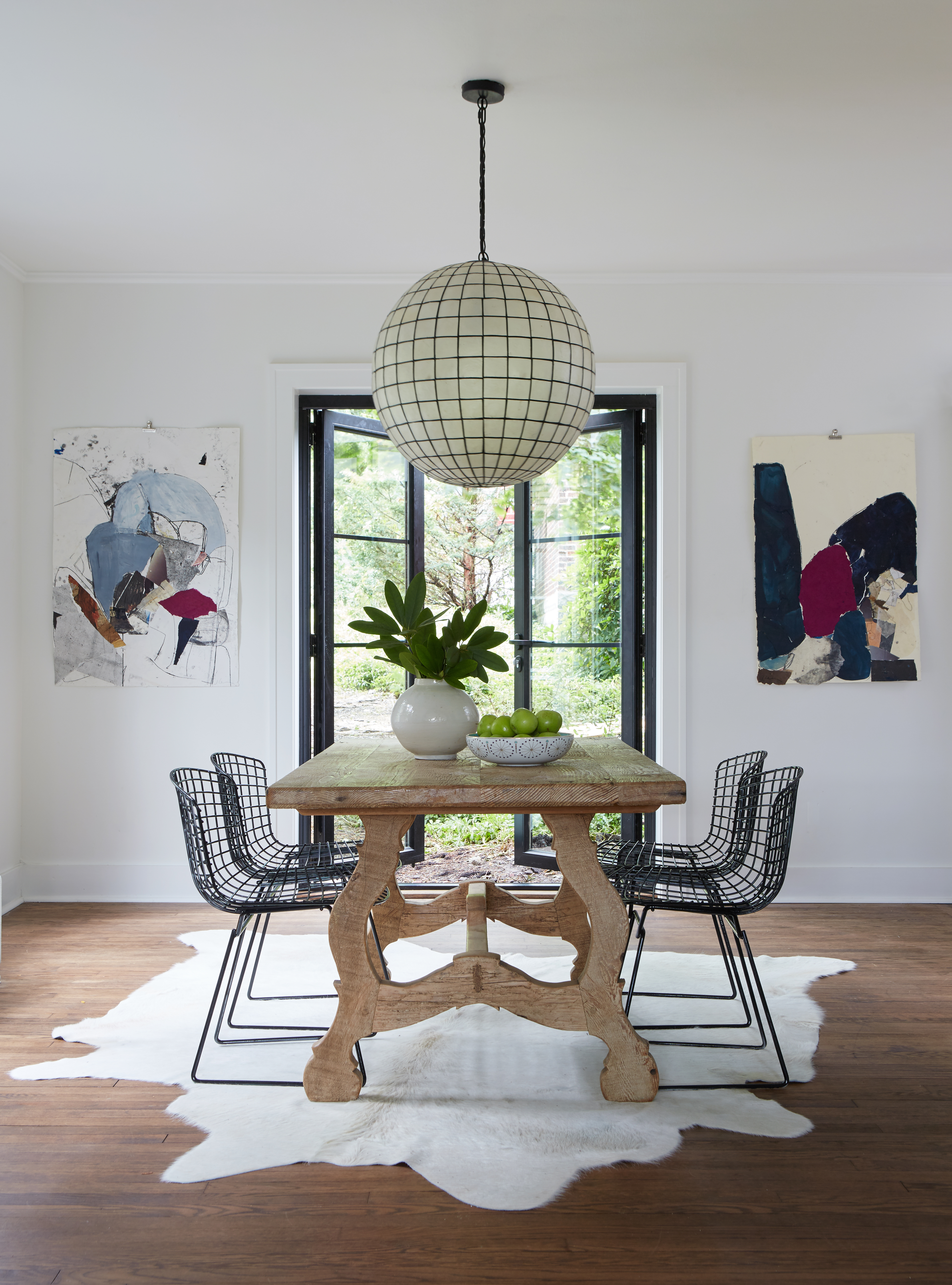 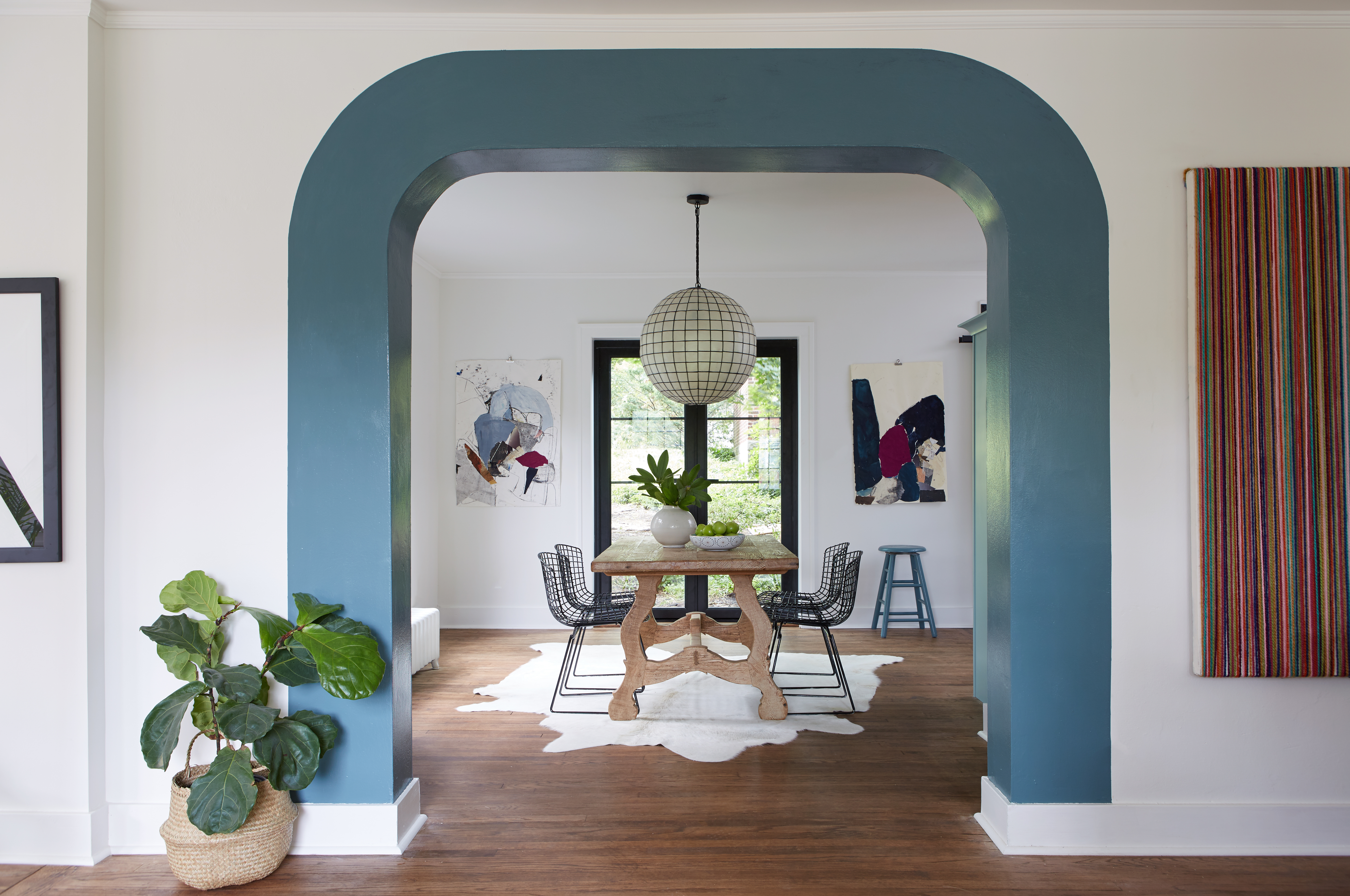 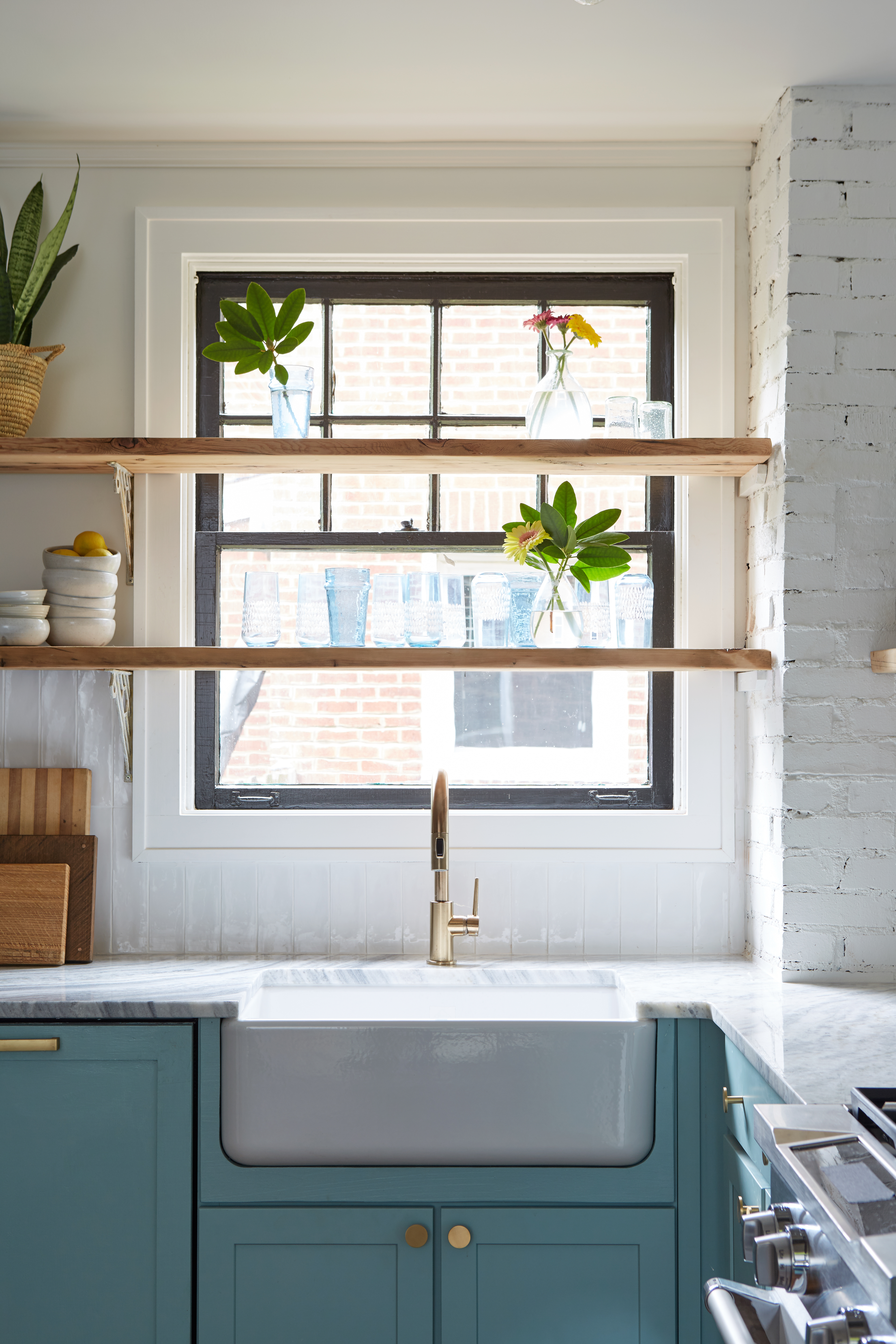 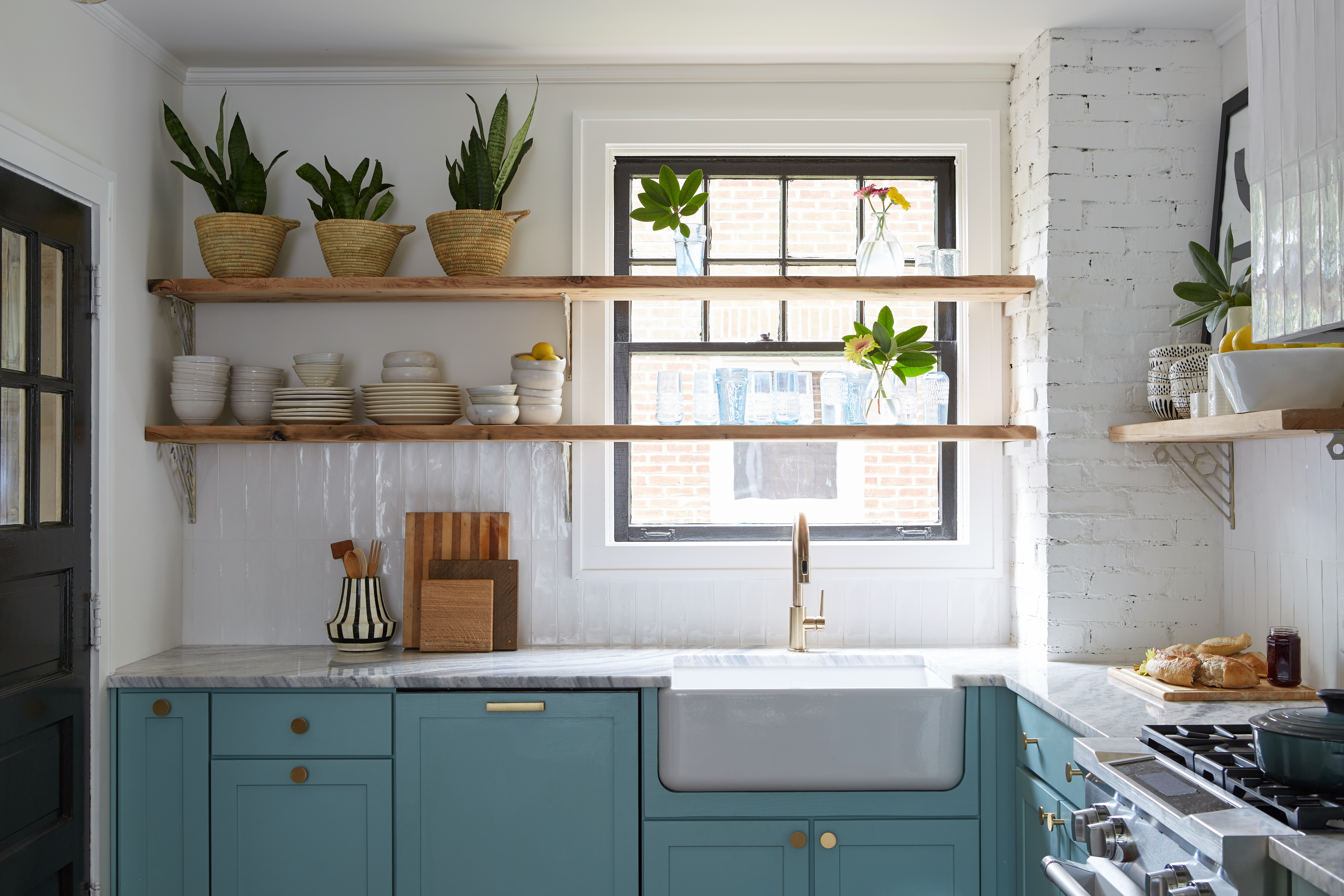 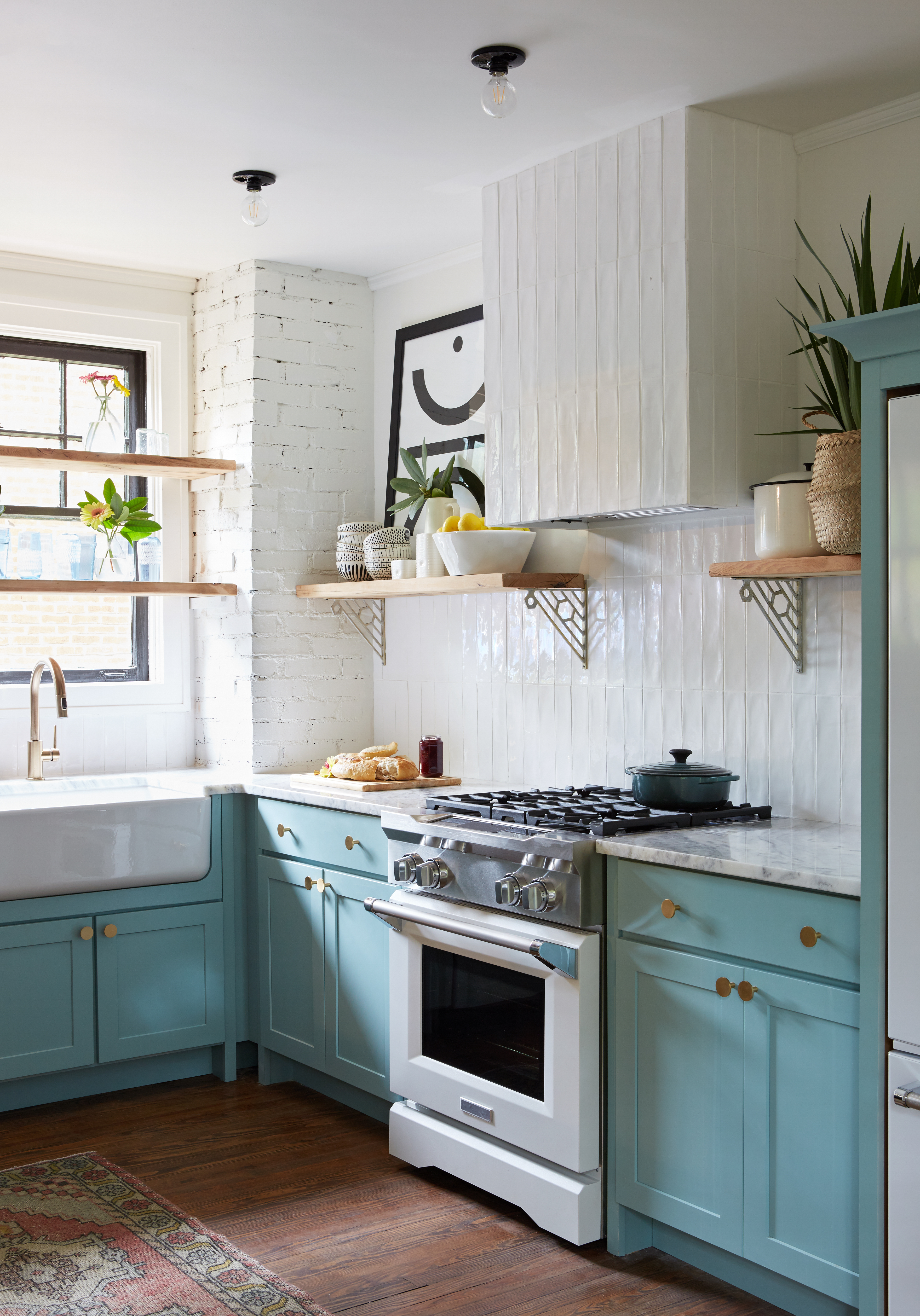 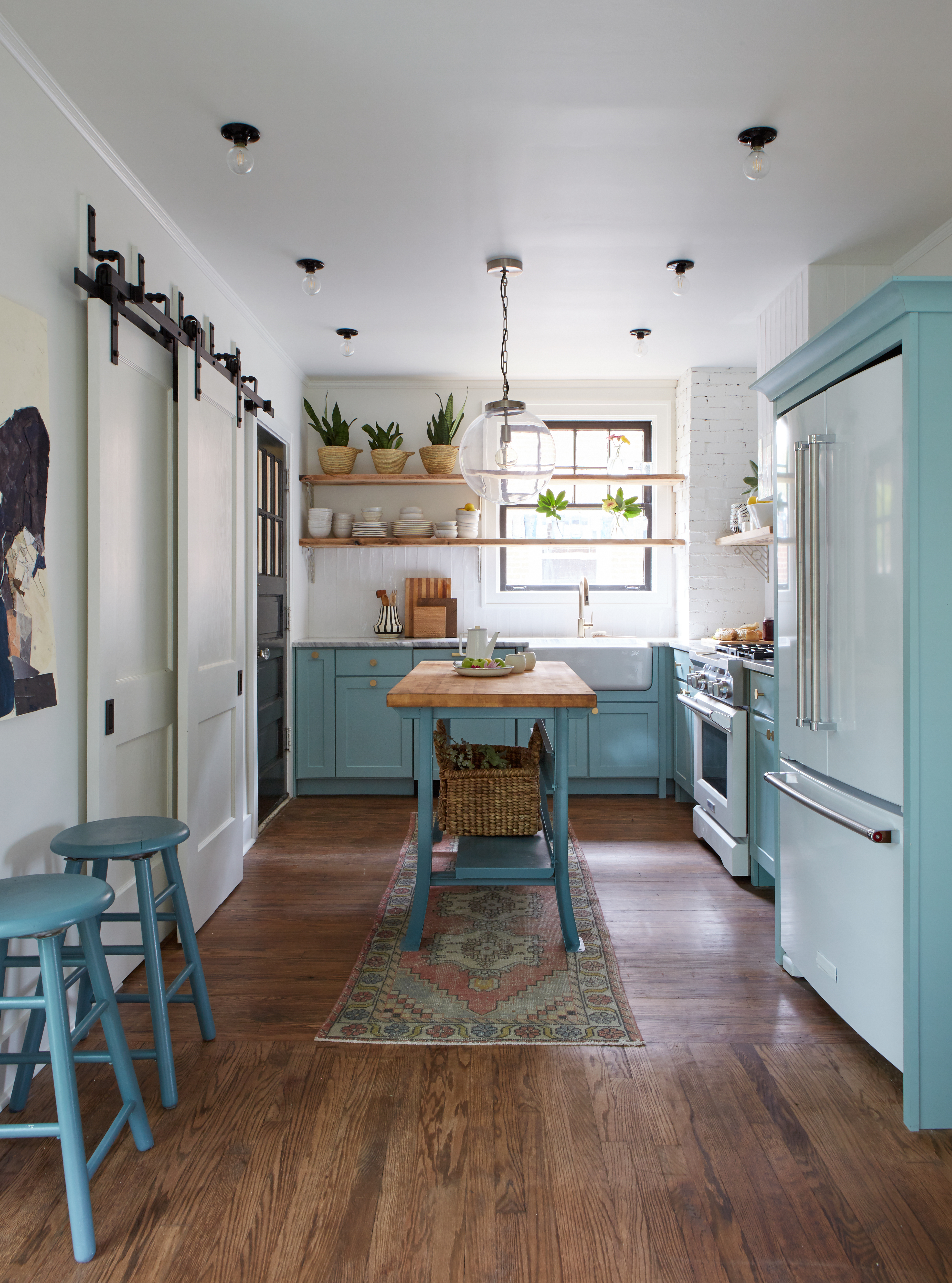 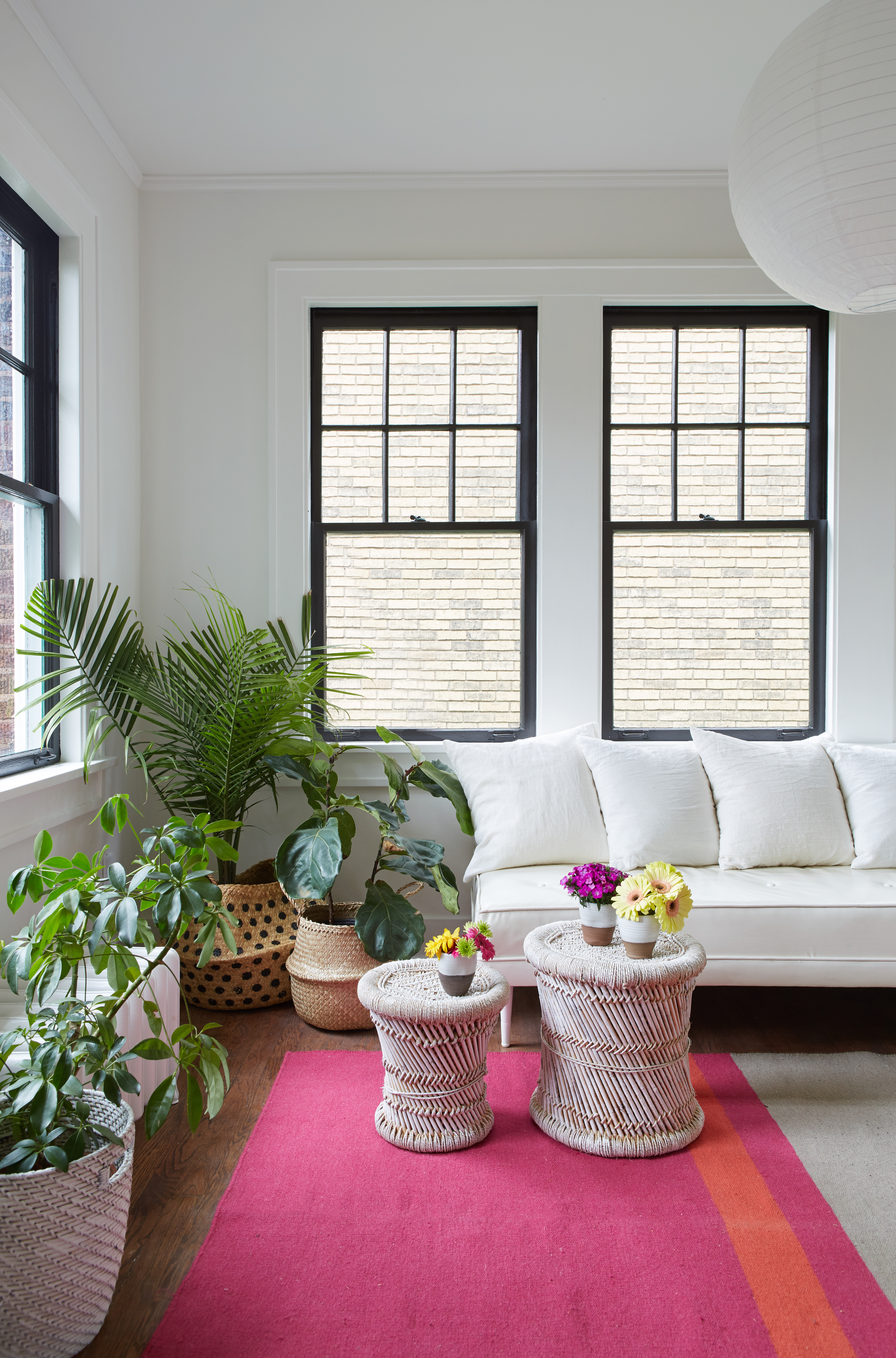 Since the Royce Avenue project, Leanne has taken on one of her most daunting challenges yet: Restoring an abandoned 1940s warehouse space belonging to Steve, and turning it into an industrial-inspired bachelor pad with all his must-haves, including heated floors.

Leanne and Steve have developed a skillful shorthand one can only have when working with a sibling. How does she keep the client’s needs her number one concern when her client is her bother?

“There is give and take when working with family,” she says. “It’s tough because you really don’t need to be polite to each other like you would a stranger or coworker. That being said, if there is a mutual respect, and of course always love there, then you can get through anything. Plus, growing up with my brother, we have many of the same influences, mannerisms and understandings so sometimes it’s even easier to get on the same page creatively because it is family.”

Steve’s warehouse project will also be featured in the second season of Restored by the Fords. See more projects by the Fords at www.hgtv.com and leanneford.com. Watch the full episode below. 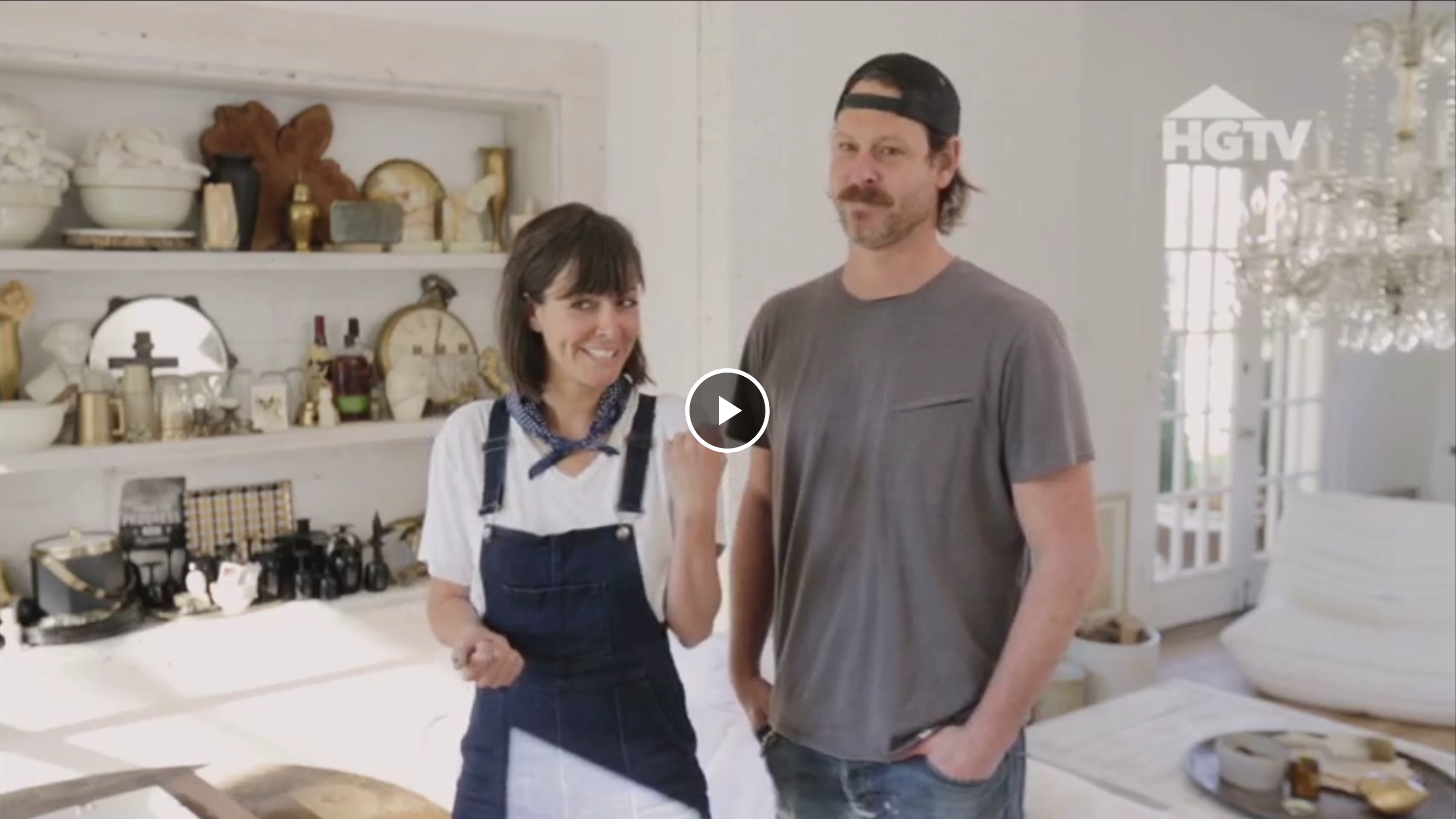